You are Here: Home » News » News Headlines » Santas tee off for Springhill Hospice

Santas tee off for Springhill Hospice 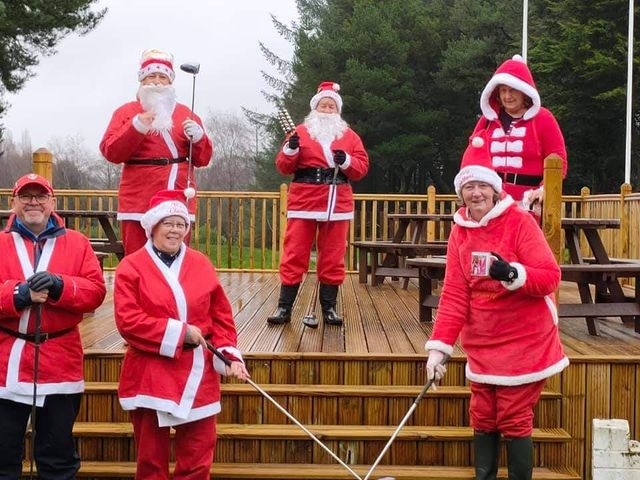 A round of golf by six Santa Clauses has raised over £270 for Springhill Hospice.

Gwen Smith, her siblings – Anne Rowlands, Carole Lomas, Susan Patton, Kay Ralphson – and brother-in-law, John Ralphson, all took to the course at Castle Hawk in Castleton dressed as Santa to raise much-needed funds for the hospice.

They decided to raise money in this novel way after the annual Santa Dash or Dawdle run around Hollingworth Lake did not go ahead in December, due to the ongoing pandemic, and have raised an impressive £273 between them. 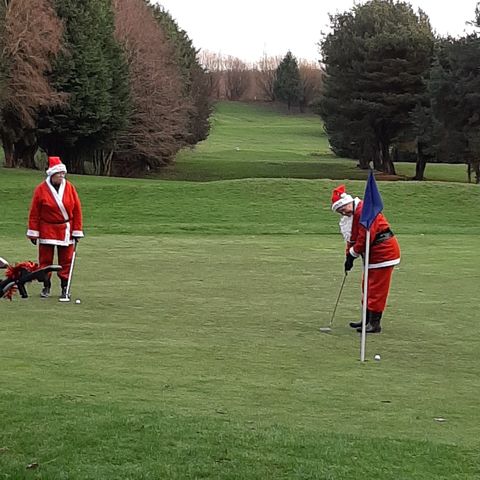 Gwen said: “My sisters, brother-in-law and I usually do the Santa Dash in memory of our dad in aid of Springhill Hospice. As it didn’t happen this time, we decided to play golf in our Santa suits as mum and dad both used to be members at Castle Hawk during the 1980s.”

Gwen’s father, George Rowlands, sadly died at Springhill Hospice in December 2012, the day after the siblings had visited him in their festive wear after finishing the run.

The family have taken part in the annual run for the hospice for over 10 years. The race is just one of many fundraising events on which Springhill relies on to continue providing its services.