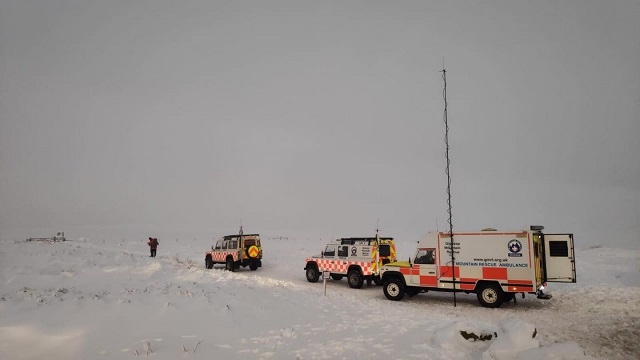 A group of walkers from Middleton were rescued by the Glossop Mountain Rescue Team on Saturday (9 January), after they became lost looking for an aircraft crash site in Derbyshire.

The group of four became lost on Bleaklow moor when looking for the wreckage of a four engine B-29 which crashed on 3 November 1948, killing all crew.

The hikers called for help after getting lost, whilst one had reportedly become “too exhausted” to continue after walking through deep snow for five hours.

With the use of phone finder, they were located at Hern Stones. The Glossop Mountain Rescue Team arrived quickly, giving the group additional jackets.

After a quick assessment, they walked the group back to their cars.

A spokesperson for the Glossop Mountain Rescue Team said: “The four people had driven from Manchester breaking the Covid-19 rules, not just that, but also putting their lives at risk.

“The temperature on Bleaklow on Saturday was around minus twelve Celsius with wind chill and deep snow.”