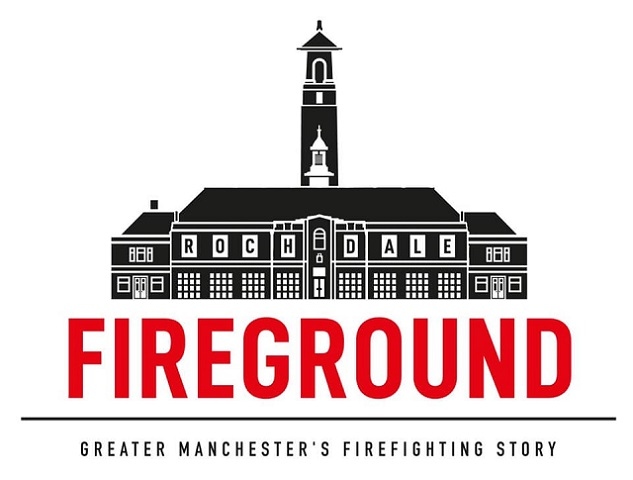 The new logo and name - Fireground

The Greater Manchester Fire Service Museum has revealed it will rebrand with a new name when its new museum opens around Easter – ‘Fireground’.

The museum is moving from its current premises in the rear yard of Rochdale’s former Maclure Road fire station into the main building fronting Maclure Road, which is being completely restored thanks to National Lottery and other funding, and will be more than four times the size of the existing site.

The restoration sees many of the original architectural features uncovered or re-instated, including the re-fitting of original 1930s doors to the fire engine turnout bays.

The word fireground has been used in the fire and rescue services since World War Two and refers to the scene of operations at an emergency incident – the centre of all activity, as with 'battleground' in the armed forces. It is where a firefighter carries out their important role as well as where the public-facing part of the service takes place.

Along with the new name, a new logo will feature on unforms, stationery and the building itself, depicting the iconic 1933 art deco fire station.

Museum curator, Bob Bonner said: “We hope that, in its future use, the word ‘Fireground’ will become synonymous with a centre of activity excellence in fire heritage and education.”

The £2m project was made possible through a partnership between the Museum Trust, Rochdale Council and the building’s previous owners Greater Manchester Fire and Rescue Service, with support from several major funders.