You are Here: Home » News » News Headlines » Fears community relations in Rochdale could be hit if ‘absolutely critical’ liaison post is cut 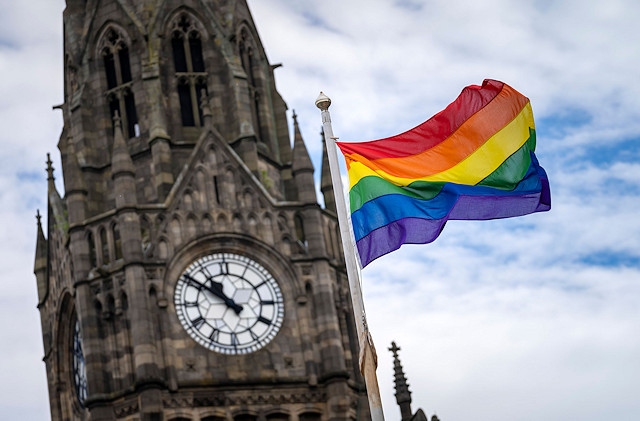 There are fears that community relations in Rochdale could be hit following a proposal to cut an ‘absolutely critical’ liaison post.

Rochdale council is consulting on plans to remove a community safety role which is key to monitoring tensions and supporting cohesion in the borough.

It helps community groups to hold events around Holocaust Memorial Day, Black History Month and St George’s Day and was also instrumental in putting on Rochdale’s first ever Pride.

But with the council needing to find around £7m savings to close its 2021/22 budget gap – not including the cost of the pandemic – the post is at risk.

Removing the role would save the council £31,000 next year and is now out to public consultation as part of a £189,000 cuts package.

However, the authority's own assessment shows that it would have a significant negative impact on minority groups, including those who often face discrimination due to their race, sexual orientation or disability.

Robin Parker is the chairman of Rochdale Multi-Faith Partnership, which has organised the borough’s Holocaust Memorial Day event since 2013.

He says the post now at risk has been ‘absolutely critical’ to delivering the event.

“We have developed a partnership between ourselves and the Community Safety Team to produce this event and it’s really grown. It has got to three-figure audiences in some venues,” he said.

“There’s so much the community service team does. Frankly, it’s only a small department but I’m convinced it produces more services of value to the community than probably most other departments.”

The post-holder monitors community tensions and feeds intelligence back to the police – helping to identify any problems that may be simmering beneath the surface.

They can then step in to ensure matters do not reach boiling point and threaten the stability of communities.

In the midst of a pandemic that is putting everybody under pressure, Robin – who served as a councillor for 20 years – believes this is more important than ever.

“Anything that can be done to ease tensions has to be done any department of the council that can help with that is absolutely vital,” he added.

His views are echoed by Saiqa Naz, is one of the ‘Active Citizens’ that works with authorities in Rochdale to report issues and develop activities to reduce tensions.

A mental health professional with an interest in community cohesion, Saiqa does not believe the proposal has been properly thought through.

“They should not be making a role like that redundant,” she said. “As far as I’m concerned, it should never have got as far as consultation – it should have been picked up a lot earlier.”

“The community has not healed from the grooming issue. Where do people’s frustration go? It goes to people who had nothing to do with it, who were not involved. We have had the far right come to Rochdale several times now.”

Council leader Allen Brett said the authority was facing ‘a huge financial challenge and difficult choices’ – made harder by the impact of coronavirus and years of government cuts.

He said: “These are not decisions we want to make following years of cuts, but we have to make sure the council is still here to provide the essential help and support.”

The council – which is forecasting its budget gap could rise to £25m in 2022/23 – is also consulting on proposed cuts to its town centre enforcement wardens and new adult social care charges.

People are being urged to have their say on the proposals, with a public consultation set to run until February 17.

Details can be found here: www.rochdale.gov.uk/savings