You are Here: Home » News » News Headlines » Police arrest Middleton man in early morning raid and seize a car, £1k and £100k worth of designer clothing and jewellery

Police arrest Middleton man in early morning raid and seize a car, £1k and £100k worth of designer clothing and jewellery 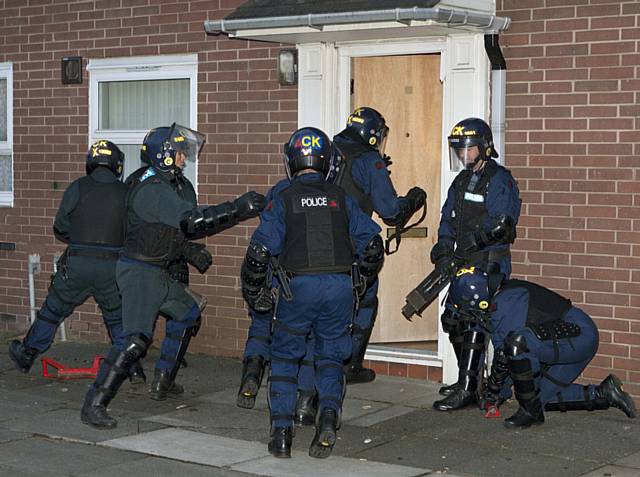 Police executed a warrant on Alcester Close, Middleton at around 5am this morning (Thursday 21 January 2021).

The man remains in custody for questioning.

The action forms part of Operation Foam – the GMP strand of the National Crime Agency led Operation Venetic – which has seen law enforcement agencies across the UK join together in order to breakthrough a highly sophisticated encrypted global communication service, which was being used by organised crime groups.

Detective Inspector Claire McGuire from GMP's Serious and Organised Crime Group, said: “Today’s arrest and seizure follows months of meticulous investigative work as our team continue to crack down on the use of encrypted communication services.

“We will continue to work to dismantle this type of activity and there is a huge amount of work going on behind the scenes to ensure that we do so – today’s result is another positive step forward in achieving this commitment. As always, we would encourage anyone with information that could assist us in our work to come forward and speak with police.

Anyone with information is encourage to contact police on 0161 856 6670 quoting Operation Foam. Alternatively details can be passed on anonymously via the independent charity Crimestoppers on 0800 555 111.