You are Here: Home » News » News Headlines » Greater Manchester launches next phase of ambitious campaign aimed at ending all new cases of HIV 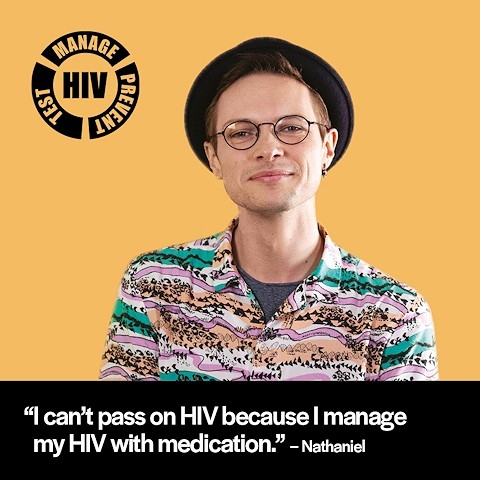 Real people from Greater Manchester who either live with HIV or are actively preventing it feature in a new video as part of the next phase of the Passionate about Sexual Health (PaSH) Partnership's ‘HIV: Let’s sort this together’ campaign.

The videos, filmed in line with Covid-19 guidelines, feature real people from Greater Manchester who are either living with HIV, or are actively involved in prevention.

The campaign first launched in February 2020 and this next phase steps up the shareability of messages, through short videos featuring local people of all ages, races and sexual preferences.

For people living with HIV, the campaign highlights the fact that effective treatment means that HIV cannot be passed on through sex, a fact now universally recognised as ‘U=U’ (Undetectable = Untransmittable).

Nathaniel Hall, a brand ambassador for the PaSH Partnership (made up of charities BHA for Equality, George House Trust and the LGBT Foundation), recently starred in the Russell T Davies’ drama ‘It’s a Sin’, as Ritchie Tozer’s first boyfriend, Donald Bassett.

Nathaniel has been open about his HIV+ diagnosis and how he manages the condition with medication.

Speaking widely about HIV medication and the U=U message, Nathaniel states “I can’t pass on HIV because I manage my HIV with medication” as one of the ‘HIV: Let’s sort this together’ campaign messages.

Talking about HIV prevention methods, he says: “PrEP, the HIV medication taken pre-emptively that stops HIV transmitting, is revolutionising the way in which people are now managing their sexual health” and encourages others to consider doing the same.

The online campaign, focusing on promoting at-home HIV testing due to government restrictions, encouraging people to take a test at home during the pandemic.

The PaSH Partnership aims to end all new cases of HIV by 2030.

The campaign information videos are available on www.SortHIV.org.uk.