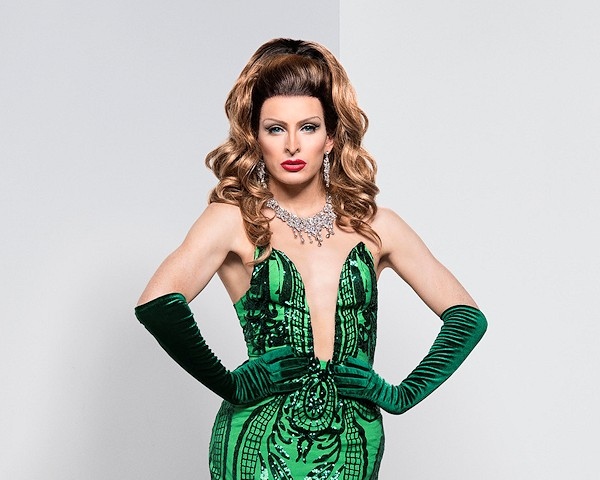 *Please note this article contains spoilers from episode 5 of this series of RuPaul’s Drag Race UK.

Filming for the second series of RuPaul’s Drag Race UK, which is currently being shown on BBC Three, had to be suspended in March 2020, when the first national lockdown was implemented in England.

At the end of episode four, show host RuPaul explained: “In light of the rapidly changing coronavirus situation, we must cease filming immediately. Drag queens know a thing or two about survival so stay safe and I pray we’ll be back together soon, even stronger than before.”

Fast forward seven months, and the cast were called back to the show in October 2020 with multiple Covid-19 restrictions put in place and the contestants were tested multiple times before filming could continue.

Unfortunately, the drag queen competing who was born and bred in Rochdale, Veronica Green tested positive and subsequently, was unable to stay in the competition.

In the latest episode - episode 5 - streamed on Thursday 11 February, show host RuPaul tells the remaining queens: “Veronica Green has tested positive for the coronavirus. She won’t be joining us for this series.

“We send her our love and an open invitation to return to the competition next series.”

Green was subsequently replaced in the episode by fellow drag performer Joe Black, who was the first to ‘sashay away’ [be eliminated] from the competition in January 2021. Black was given a second chance after the remaining cast voted for her to return over other evicted queens Cherry Valentine and Asttina Mandella.

In a ‘Goodbye Message’ uploaded to Drag Race UK’s social media channels, Veronica Green addressed her fellow cast mates: “I’m really sorry that I can no longer be there with you in the competition. Covid got me in the end, but thankfully it was just a mild case.

“I’m doing OK so there’s no need to worry at all, certainly not in the competition because now I’m no longer part of it…

“…I may not be with you there right now, but I guarantee you, this is not the last you’ve seen of me.”

Veronica Green proved she was definitely one to watch in series two after she was crowned overall winner of the second episode, and never landed in the bottom two throughout her time on the show.

Episode two’s challenge saw Miss Green earn herself a RuPeter badge as the overall winner on the runway and of the maxi-challenge ‘Rats – The Rusical’, where her singing, acting, and dancing skills wowed the judges after taking control of the seductive lead character ‘Evita Von Fleas’.

In episode three, she was also a joint-winner in the quick drag mini-challenge alongside Tayce and in the ‘Who Wore It Best’ challenge.

While Veronica Green has officially left Drag Race UK and won’t be returning to this series, RuPaul announced in the latest episode that she is welcome to return for series three.

34-year-old Kevin Grogan, otherwise known as Veronica Green, is a former pupil at Springhill High School (now Kingsway Park) and was raised in Rochdale before moving to London to further his career in musical theatre.