You are Here: Home » News » News Headlines » Council tax in Rochdale borough is set to increase from April – despite council leader declaring his ambition for an across-the-board freeze last year 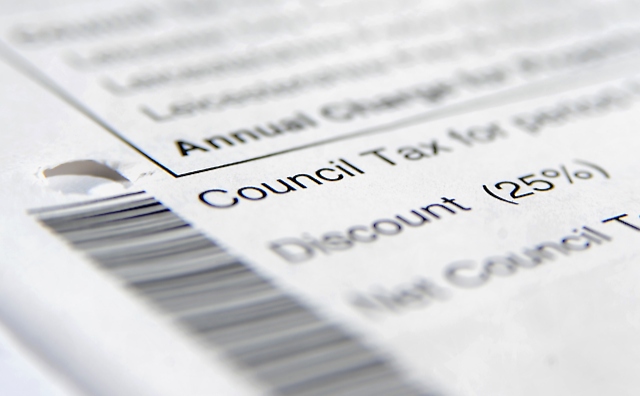 Council tax in Rochdale is set to increase by 1.99% for the general purposes element and 3% for adult social care from April – despite the council leader declaring his ambition for an across-the-board freeze last year.

Back in July, leader of Rochdale Council, Councillor Allen Brett said he did not want to put bills up as people had already been hit too hard by the pandemic – particularly ‘the working poor’.

Read more: Rochdale Council is planning to freeze council tax for all residents next yearPublished: 30 July 2020

The plans to increase council tax are set to be signed off by cabinet next week.

The proposals from Rochdale Council, alongside the increase in the Mayoral Policing and Crime precept from GM Mayor Andy Burnham will mean those living in Band A properties – the majority of homes in the borough – will pay an extra £29.47 per year in total, bringing their annual bill to £1,325.80.

If agreed by cabinet, these would then need to be voted through by the full at the budget setting meeting in March.

The move appears to be an embarrassing U-turn – and one that is likely to meet with an angry local reaction.

The council has received £41m in Covid related funding since April – covering all but around £0.5m in outlay – and expects a further £10m next year. It will also be covered for 75% of ‘irrecoverable’ council tax and business rates revenues – with an option to spread the remaining deficit over three years.

Councillor Brett lays the blame squarely at the feet of the government. Asked why the council’s position had changed so radically since July, he said: “Because the government would not give us any money directly for social care, they just loaded it on council tax and other services, and they have not paid us back fully for Covid.

“The only way to stop us getting into financial difficulties was to recommend a rise of the maximum we were allowed to do.”

Earlier this month the government published its local government finance settlement for the 2021/22 financial year.

When calculating how much money local authorities have to spend, the government has assumed they will put up council tax by ‘the maximum allowable level’.

Following this publication, Councillor Faisal Rana wrote to Chancellor Rishi Sunak asking the government to reintroduce the Council Tax Freeze grant to councils when the budget is presented next month.

Councillor Rana said: “The council tax should be frozen this year as many households are struggling to pay bills because of the Covid-19 pandemic.

"It is absurd that during the deepest recession in 300 years, and at the very time thousands of Rochdale families are worried about the future of their jobs and how they will make ends meet, Boris Johnson and Rishi Sunak are forcing local government to hike up council tax.

"The prime minister said he would do 'whatever is necessary' to support local authorities in providing vital services – and he needs to keep to that promise.

“For three years from 2014, former prime minister David Cameron introduced a special grant allowing allowing local authorities to freeze council tax bills. In the middle of this Coronavirus pandemic, this government should do the same.

Read more: Policing element of council tax to increase by up to £10Published: 02 February 2021

Councillor Brett says he is ‘very disappointed’ that the government has not done more to fund social care.

He said: “As you know council tax is a regressive tax, it hits the poorest. But we have set up hardship funds and have very generous support for those on the lowest income [up to 85%].

And he does not regret announcing his ambition to freeze council tax last summer.

“No, I don’t regret that because I was hoping by saying that the government would finance social care,”

“I’m very disappointed, they said they would give us more money for social care, but really it’s a tax on the council taxpayers of Rochdale. They are not giving us anything; it’s just the power to raise the money.”

Rochdale has decided to impose the full rise this year, which means it will not have the option to increase it next year.

However, Councillor Brett said budget-setting difficulties were inevitable under the current system – noting that the council is already facing a funding gap of around £5m in 2022/23.

“Unless the government starts reforming local government finances, there’s always going to be problems for the next budget,” he said.

The council is forecasting a £2.1m surplus at the end of the current financial year, largely due to an ‘improved position’ in children’s services and treasury management.

But Councillor Brett says that the authority’s coffers have been hit hard by the loss of the airport dividend, while collection of council tax and business rates pose a continuing and growing problem.

Proposals for 2021/22  also include a 2% rise in the council’s discretionary fees and charges – albeit with some exceptions including car parking, taxi licences and bulky waste collection.

The council has been consulting on a £225,000 package of controversial ‘savings proposals’ that would see cuts to the community safety team and new adult social care charges.