You are Here: Home » News » News Headlines » Britain’s Got Talent star’s plea to ‘Be Kind’ and stop disability hate crime after five-year-old is target of online abuse 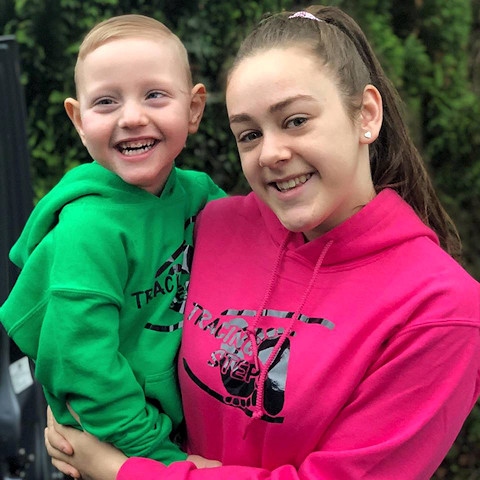 Five-year-old Christian Kilduff won the nation’s hearts when he and his big sister Jade placed second in last year’s Britain’s Got Talent with their fully inclusive choir, Sign Along With Us.

Jade and Christian Kilduff, of Heywood, started Sign Along With Us in 2019. It was with Christian in mind that Jade started the group, teaching Makaton sign language so she could communicate with her younger brother.

Christian has already overcome many obstacles in his short life: stillborn at birth before taking his first breath at 24 minutes old, he was left with a brain injury from the lack of oxygen. Placed on a ventilator to try and save his life, Christian was given a less than 1% chance of coming out of the coma.

Miraculously, the brave little boy, who has also been diagnosed with cerebral palsy and registered severely sight impaired, has proved critics wrong – going on to achieve milestones his family were told he wouldn’t do.

Jade began offering free signing classes to other local children and their families, to improve the lives of those with disabilities, and the Sign Along With Us choir was born.

However, since appearing on the TV talent show, Christian has been the target of a barrage of online abuse and even death threats – purely because of his disabilities.

On Monday (15 February), Jade and her parents, Neil and Diana, released an emotional video, pleading for people to ‘be kind’ – a phrase which became popular on social media last year after the death of TV presenter Caroline Flack, who took her own life. Caroline had also faced cruel comments and online abuse before she died.

Diana told Rochdale Online: “I wish people would understand that it’s not Christian reading these comments, but his family. It’s incomprehensible to say the vile things they’ve been saying, why would you think it or even write it down.

“I wish those writing would stop and think. Those comments might be on top of other things for people and it might stay with them forever, or cause someone to harm themselves. They might be writing for attention, because they think it’s funny or because they don’t think and then move on to the next one

“All Christian has done is inspire people and be lovely; there’s nothing to hate on and he’s not done anything to deserve it. There’s only so much you can take and ignore before taking a stand. The comments could also affect other people with disabilities because certain words are used as a slur and this could upset them too.

“It just breaks our hearts.”

Siblings Jade and Christian have even been supported by former glamour model Katie Price, who has been pushing for an end to disability hate crime ever since her own son, Harvey, received similar abuse online for his multiple disabilities.

Speaking to the Metro, Katie said: “I’m saddened to hear news of the online trolling towards Jade’s younger brother, Christian, it is unacceptable, my thoughts go out to Jade, her brother and her family

“This is a clear example of why I’m continuing to push for Harvey’s Law and stop disability hate crime.”

Harvey’s Law is a proposed law which would make it illegal to abuse, or troll, people online, making it a punishable offence.

Katie has been campaigning for the law, named in honour of her son, since 2017 after Harvey was repeatedly targeted and mocked online.