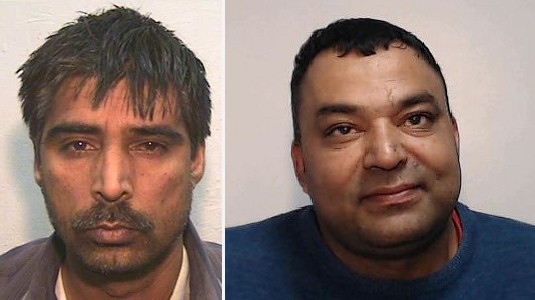 Two men have been jailed after a tenant, Joao Afonso died in his flat at Wood Street, Middleton, from carbon monoxide poisoning.

Both men were sentenced at Manchester Crown Court on Friday 19 February after both being found guilty of gross negligence manslaughter and Health and Safety offences whereby they had failed to ensure the health, safety and welfare at work of employees, tenants and the general public.

The premises at Wood Street, Middleton, was owned by Ahmed who bought the building in 2011 and converted the former Who’d A Thowt It pub into a ground floor shop with flats above.

Against the advice of Rochdale Borough Council recommendations, Ahmed began letting out five flats above the shop at the end of 2016. Joao Afonso was a tenant of Ahmed.

Khan owned the shop beneath the flats, known as Diamond Mini Market.

On 14 September 2017, 58-year-old Joao das neves Afonso died in his flat as result of carbon monoxide poisoning caused by a petrol generator which had been installed, against Health and Safety regulations, in a storeroom within the shop premises. The storeroom was located directly beneath Joao’s flat.

Ahmed was the landlord of the flats and in control of the building on Wood Street. Khan was the owner and proprietor of the shop, Diamond Mini Market. Both had a responsibility to comply with Health and Safety legislation.

The court heard that the flats did not have a legitimate electricity supply, instead a direct to the mains connection had been installed. Ahmed, as the landlord, charged his tenants for electricity that was essentially being obtained for free. On 13 September 2017, this illegal activity was detected when an electrician was sent out after the utility company became suspicious.

The electrician immediately disconnected the electricity supply to the premises as the set up was so dangerous with exposed live areas and scorched wires it presented a fire and electrocution hazard.

Khan was contacted by the electrician with details as to the steps he would need to take in order to have the electricity supply switched back on. However, Khan disregarded this advice and instead made enquiries to install a petrol generator as a quicker and cheaper alternative to source the power needed for the shop.

After Khan contacted a local hire shop stating he needed a generator to power his lights and fridges in the shop, Khan lied and went against the hire shop's warning that the generator could only be used to power lights. He and Ahmed proceeded to hire a generator and, on returning to the premises, both positioned the generator inside the shop on Wood Street.

Ahmed then rigged up a double-ended plug from the generator, so that the electricity could be back-fed into the building's supply, a highly dangerous manoeuvre as it makes the plug and all of the terminals within the building live on top of the existing hazards reported by the electrician.

The court was told that after a customer warned both the defendants of the dangers of using a generator indoors, the pair moved the petrol generator from the shop into a poorly ventilated storeroom at the rear of building, which was directly underneath Joao Afonso's flat. The generator was shut inside the storeroom behind a fire door.

Neither Khan nor Ahmed conducted any form of risk assessment or research into the dangers of using a petrol generator indoors, despite this information being available on a website Khan had used to make his initial enquires.

Khan's defence claimed that he did not have the knowledge or skills to search the internet and research the dangers of using a petrol generator. However, photos taken from Khan's social media profile showed him in front of the Wood Street premises advertising the reopening and new name of his shop, “Who’da Thowt it Convenience Store” several days after Joao's death, proving that he did in fact know how to use the internet.

On 13 September 2017, Joao returned to his flat after having dinner with his sister and her family. The next day, after failing to contact Joao via phone, a friend went to his flat where he sadly found Joao deceased.

Emergency services attended and Joao was pronounced dead at the scene. A Home Office post mortem established that the cause of death was carbon monoxide poisoning. The exhaust fumes from the petrol generator had contained carbon monoxide. These fumes had nowhere to go in the unventilated storeroom and had permeated through the ceiling into Joao's flat which was directly above. The carbon monoxide had built up to a level that proved fatal.

Days after Joao's death, both defendants paid £5,000 to have the electricity supply legitimately reconnected in the building.

However, a visit to Wood Street by an electrical supply company in May 2018, found further dangerous activity on the electricity meter and in addition, that a petrol generator was again in use in the same storeroom which had been underneath Joao Afonso's flat when he died, again posing a risk to staff working in the shop and to customers.

No one was living at the flats at this time, but the electricity supply was again switched off.

Detective Constable Dan Daly of GMP's Organised Crime Unit, said: "All of our thoughts today are with the family and friends of Joao, who was a hard-working man and had desperately missed his children whilst his was in the UK working towards a better life for them all.

"The fact that Ahmed and Khan paid for the electricity supply to be legitimately reconnected to the building days after Joao's death, demonstrates their greed and desire to find the cheapest solution rather than the safety of their tenants, employees and general public. Had they have paid this debt instead of getting a generator, Joao Afonso's death would have been prevented.

"Neither Ahmed or Khan considered any alternative options before the installation of the petrol generator. If they had, Joao would still be alive. Instead, their first priority was making sure the shop remained open, fridges remained on and stock not destroyed. There were a number of steps throughout this tragic affair which if the defendants had not acted through greed and gross negligence could have prevented Joao Afonso's death.

"This successful prosecution has been a great example of how partnerships can work together for the same goal. The police, Rochdale Borough Council, the Crown Prosecution Service and Prosecution Counsel have worked together as a team to prove Khan and Ahmed’s total disregard to their respective Health and Safety responsibilities.

"I hope that this sentence serves as a strong warning to employers and landlords to consider their risks and take the appropriate steps to ensure the safety of the properties they own and to protect the lives of their tenants and the public."

Frances Killeen, Senior Crown Prosecutor, CPS North West Complex Case Unit, said: “Mushtaq Ahmed and Shafaq Khan showed nothing but complete indifference to the serious risk their actions posed to anyone entering the building at Wood St, actions which led to Joao Afonso’s untimely and needless death. They totally ignored their individual Health and Safety responsibilities and placed their business needs and greed before the tenants, shop employees and customers.

"Not only was the electricity supply into the building illegal and unsafe, the defendants’ actions in using a petrol generator and placing it in a confined, barely ventilated storeroom directly under Mr Afonso’s flat was grossly negligent. It is satisfying to know that the jury agreed that Mr Khan and Mr Ahmed’s actions caused Mr Afonso’s death and such actions were found to be grossly negligent to the criminal standard of proof. We hope this conviction is a clear warning that Health and Safety Legislation will not be ignored and will be vigorously prosecuted in order to make the community a safer place for all.

"This has been a very complex case involving expert HSE evidence. It has required a close working partnership with Greater Manchester Police and Rochdale Borough Council to build a clear and compelling prosecution.

"Carbon monoxide is a dangerous, silent killer. Mr Afonso’s death by carbon monoxide poisoning highlights the importance of using carbon monoxide detectors. The tragic circumstances in which Mr Afonso died continues to have a devastating effect upon his family here in the UK and in Portugal and I would like to continue to offer my deepest sympathy to Mr Afonso’s family.

"It is very sad that Mr Afonso’s death could have so easily been avoided if Khan and Ahmed had acted responsibly.”

“Health and safety in workplaces is incredibly important because ultimately it’s about protecting people against harm and death and preventing avoidable tragedies like this one. Landlords and business owners have a legal responsibility to protect their tenants and employees, as well as customers and other visitors, from harm.

"Unfortunately, the defendants in this case blatantly disregarded these responsibilities and Mr Afonso paid the ultimate price.

“I’m proud of the painstaking work our public protection team did, together with the CPS and GMP, to bring these defendants to justice. It can’t bring Mr Afonso back, but I hope it brings some small measure of comfort to his loved ones.

“There are on average 137 workers in the UK killed at work each year, and so our work to prevent harm won’t stop. I would urge anybody who is concerned about health and safety in any workplace to contact us on: contact 0300 303 8871 or go to www.rochdale.gov.uk/business-and-industry/Pages/health-and-safety.aspx.”