You are Here: Home » News » News Headlines » Govt 'roadmap' out of lockdown to start with the reopening of schools for all pupils from 8 March 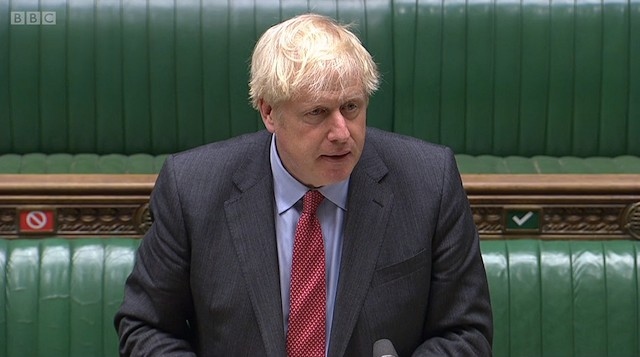 The four step 'roadmap' covers everything from reopening schools to opening shops, hairdressers, pubs and gyms.

The Prime Minister said today that the level of infection is broadly similar across England so the first stage of easing restrictions will be the same across the whole of England, with no tiered restrictions for different areas.

The Prime Minister said: "The threat [from Covid-19] remains substantial, with the numbers in hospital only now beginning to fall below the peak of the first wave in April.

"But we are able to take these steps because of the resolve of the British public and the extraordinary success of our NHS in vaccinating more than 17.5 million people across the UK."

He said that this roadmap will "cautiously but irreversibly" ease restrictions in England.

From 8 March, all schools and further education will open for face to face teaching. Students in secondary education will be tested twice a week and face masks will be required in some secondary classrooms.

Recreation in a public space - such as a park - will be allowed between two people from 8 March, meaning they would be allowed to sit down for a coffee, drink or picnic. Currently, two people can only meet for exercise.

From 29 March, outdoor gatherings of either six people or two households will be allowed in public spaces and private gardens. Outdoor sports including organised adult and children's sport will be allowed to resume, including the reopening of golf courses and tennis courts. People will no longer be legally required to stay at home but should work from home if they can and try not to travel.

Clinically extremely vulnerable people are still being advised to shield until the end of March.

At the weekend it was announced that there will be a change to the rules relating to care home visiting - each care home resident in England will be allowed to have one regular visitor, with whom they can hold hands.

The government has set four tests that must be met in order for each step of the roadmap to be implemented.

These tests must continue to be met before moving to the next step/s for easing restrictions. There will be at least five weeks between each step and before proceeding to the next step, the government will examine the data to assess the impact of previous easements.

Details of the future steps were also revealed by the Prime Minister:

Step two - Non-essential retail including hairdressers, nail salons, gyms and swimming pools will be permitted to reopen. Pubs and restaurants will also be permitted to serve food and drink outdoors, with no requirement for substantial meals and no curfew. Libraries, community centres, zoos and theme parks may also reopen. This step will be implemented no earlier than 12 April, subject to review.

Step three - Six people or two households will be permitted to meet indoors and most restrictions on meeting outdoors will be lifted. Pubs and restaurants will reopen indoors as well as cinemas, children's activity centres, hotels, theatres and sports stadiums. This step will be implemented no earlier than 17 May, subject to review.

Step four - Aim to remove all legal limits on social contact including on weddings and other life events. Also this is where restrictions could be lifted on large events and performances, using testing to reduce the risk of infection. This step will be implemented no earlier than 21 June, subject to review.

The government is also launching a series of reviews to consider different aspects of how the UK should handle Covid-19 from summer onwards: