You are Here: Home » News » News Headlines » Plans for a university in Rochdale to stop ‘brain drain' from the borough set to take vital step forward 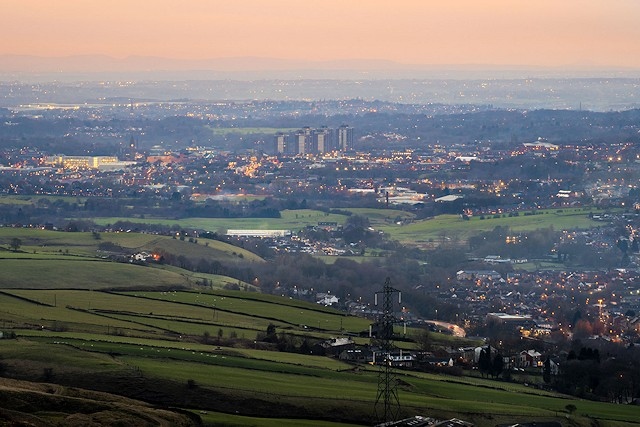 Plans to establish a university in Rochdale to stop ‘brain drain’ from the borough could take a big step forward this week.

Around 80% of students at Rochdale Sixth Form College currently go on to university – but most do not return to live and work in the town after they graduate.

Rochdale Council's cabinet are now set to sign off on proposals to work with Hopwood Hall College to significantly increase higher education provision.

The new university would focus on advanced manufacturing – creating a ‘unique’ offer that would address the skills gap in the sector at local, regional and national level.

A council report says there is ‘great scope’ for Rochdale to specialise in this area, by working with ‘existing local industry’.

It states: “Rochdale must create an offer which employers in the region, who are upskilling their staff, will be keen to use.

“Alongside this, there is a further opportunity to create degree level apprenticeships, educating and upskilling the next generation as a dynamic workforce in these growth industries.”

A site for the proposed university centre or campus is yet to be identified.

But the report notes there is an ‘impetus to act swiftly’ due to an expectation funding would have to be spent during the current parliament – ie before May 2024.

A higher education partner would also be needed, and talks with a number of ‘major universities’ in the north of England – including Huddersfield and Salford – are understood to be underway.

The proportion of people in Rochdale educated to degree level or higher is below the regional and national average – something reflected in the low wages many take home.

Council leader Allen Brett said it was ‘vital’ to establish a university in the borough to improve people’s life chances and boost the economy.

“It increases the education level of the workforce in general and is something I have been pushing behind the scenes for a number of years and this is the start of bringing it to fruition.”

His comments were echoed by Councillor Kieran Heakin, portfolio holder for ‘getting a good start’, whose brief includes education.

“We do have a brain-drain of young people going out of Rochdale and we want to do our utmost to keep them in Rochdale,” he said.

“I’m quite excited at the prospect but there’s a lot of work to do. I like the way they have a niche market – manufacturing and degree apprenticeships is a really, really good idea, that has to be the way forward.”

A significant number of Rochdale students perform well in further education, but do not progress to higher education for a variety of cultural reasons.

Councillor Heakin says a new university could go a long way to addressing this.

“One thing holding people back from moving on to degrees is that you have to move out of your home,” he said.

To have a university established in Rochdale means they can work from home and it means they don’t have to leave Rochdale.

“That’s a big factor against it. But if we can get one here you can see more people taking it up, because they don’t have to leave Rochdale and get into student debt.”

She said: “The college is excited to be working in close collaboration with the council and we are always delighted to be part of any conversations about improving opportunities in the borough.

“We are embarking on a multi-million pound investment into our Advanced Manufacturing Centre and are tackling the skills gap head-on to prepare our students for skilled employment or higher level of study.

“This includes our new range of T-Levels, which create clear progression routes to university.

“Our University Centre is expanding at pace and we have an ambitious growth strategy in place to see even more local people realise their potential and secure a bright future through higher education.”