You are Here: Home » News » News Headlines » Network Rail reminds drivers to be alert at level crossings following 'too many incidents and near misses' 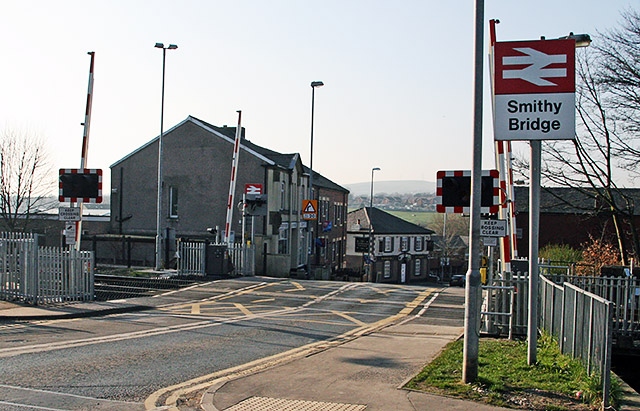 Network Rail is reminding drivers to be vigilant when travelling near level crossings as ‘there are still too many incidents and near misses every year’.

The railway line at Smithy Bridge - where trains travel in excess of 60 mph throughout the day - is just one of over six-thousand level crossings in Britain.

Despite being the only one in Rochdale, the crossing in Littleborough has had its fair share of incidents in the past, with cars becoming stuck in between the tracks and lorries colliding with the barriers, causing traffic and disruption.

“We endeavour to close unsafe level crossings wherever possible and make those that remain open even safer.

“We estimate 3.5 million vehicles and over 600,000 pedestrians or cyclists use our level crossings every day.

“Given the trains can travel over those same crossings approximately 400,000 times per day, the potential for incidents is obvious.”

“Incidents happen on our railway network every year with deadly consequences, and most of those incidents could be eradicated with responsible and safe behaviour being displayed by drivers.”

To keep yourself and others safe at level crossings, there are key guidelines outlined by Network Rail that drivers should follow:

Since 2009 Network Rail have delivered the following as part of their commitment to a safer railway:

Trespassing on the railway is illegal and dangerous. You could be taken to court and face a £1,000 fine.

The East Lancashire Railway (ELR) also issued a stark safety warning earlier this month urging trespassers to stay off the heritage railway tracks while it remains closed during lockdown.

ELR Chairman Mike Kelly said walking on the line remains dangerous as maintenance trains are still running, despite it being closed to the public.