You are Here: Home » News » News Headlines » "Above Rochdale" painting worth thousands up for auction

"Above Rochdale" painting worth thousands up for auction 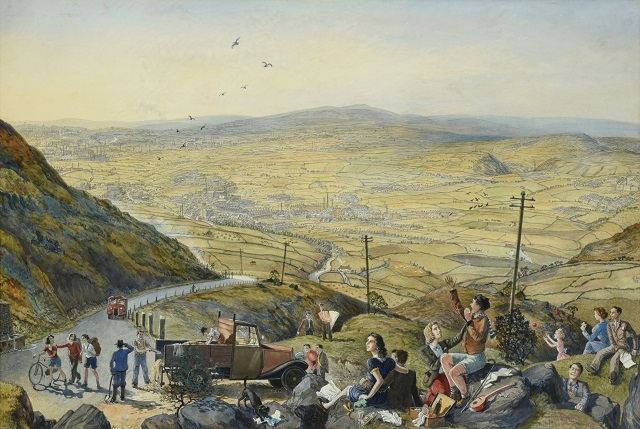 A painting worth thousands of pounds called ''Above Rochdale'' is going up for auction on 6 March as part of a private collection of paintings of Yorkshire and the North.

Highlights of the collection include a selection of works by Bradford-born Frederick Cecil Jones (1891-1966), who is known for his closely observed and detailed paintings of Northern towns. The painting is estimated to be worth between £2,000 and £3,000.

The paintings in the sale by auctioneers Tennants, are part of the collection built up over nearly fifty years from the 1920s to the 1960s by Mr George G Hopkinson, a proud Yorkshireman and textile businessman who was a director of a West Riding textile company, Hopkinson and Shore, and of Novello’s, a Bradford fashion house.

On offer, too, are works by Fred Lawson – the much-loved Wensleydale artist – which include two depictions of Leyburn.

The collection also includes works by Lawson’s wife Muriel Metcalfe and his daughter Sonia Lawson, and his friends and contemporaries Philip Naviasky and Jacob Kramer.