You are Here: Home » News » News Headlines » Concerns for people in Rochdale's most deprived area as masterplan goes out to consultation 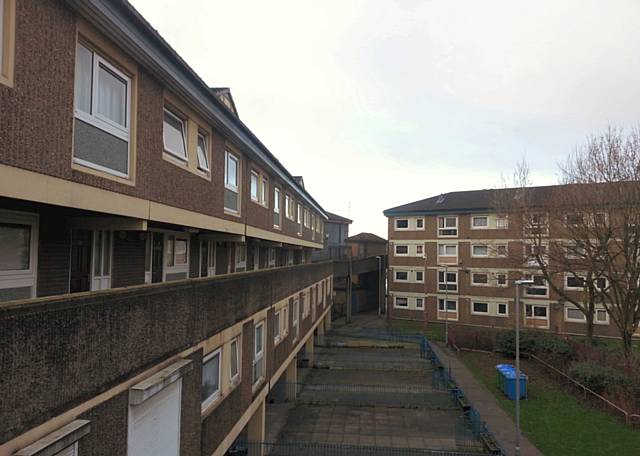 Concerns have been raised for people in a deprived part of Rochdale after a development ‘masterplan’ for the area went out to consultation.

The council document sets out a broad-brush strategy for Lower Falinge, including the potential for new housing and a different mix of homes.

This has since been removed after the council disagreed with landlord Rochdale Boroughwide Housing over its controversial plan to demolish four of the landmark tower blocks.

But while relations between the two parties remain frosty, the local authority does want to support RBH’s regeneration plans for Lower Falinge.

It has begun consulting on a ‘supplementary planning document’ (SPD) for the area, setting out a vision for a ‘high quality, attractive neighbourhood’.

The document is purposefully ‘high level’ and does not set out detailed plans in terms of housing numbers and their type or mix.

But bosses concede this will ‘undoubtedly’ involve some demolition in the area, ranked as the most deprived in Greater Manchester.

The rehousing of tenants in College Bank and Lower Falinge – which has already seen some demolition – has been a deeply controversial topic over recent years, and it again sparked concerns at a meeting of a council scrutiny committee on Wednesday night (24 February).

Councillor Tom Besford said he was anxious to ensure there was no suggestion of ‘social engineering’ in the plan.

“I’m really keen to make sure that, whatever happens, anyone who currently lives in this area is able to currently still live in this area and isn’t forced to move out,” he said.

“Just because they are a social housing resident or live in what is affordable to them but might not be affordable housing under whatever system we are using going forward.”

The SPD is intended to guide and set principles for the regeneration of Lower Falinge – setting a framework for more specific and detailed proposals in future.

But Councillor Besford said that should be no barrier to reassuring residents ‘at the earliest possible stage’.

“I see no problem putting a paragraph in there that would commit to saying residents would remain there if that’s what they wanted to do,” he told the meeting.

He also asked for a breakdown of the numbers of affordable and social housing available now, and estimates for the future.

While he welcomed proposals for ‘mixed housing’ in Lower Falinge, he also questioned the absence of figures in the council’s document.

“I think what residents get really upset about is it seems to be that nothing is given to them until the last minute,” he said.

And Councillor Meredith added that it was ‘upsetting’ to see social housing being knocked down again.

He said: “The issue is we are knocking down social housing in that area and it’s not being replaced with social housing – apparently there’s no funding for it, it’s always affordable rented housing with no special rights for social housing.”

“They talk about ‘mixed housing’, I want a definition of that, not just a basic plan to tell us what we are going to do with that land,” she said.

“When you go to the public, to normal people they don’t understand all this ‘high level’ plans and language, they just understand that they need a decent house.”

Regeneration boss, Councillor John Blundell, sought to reassure his colleagues that residents had nothing to fear from the plan.

“Yes, this document would give us the powers to have those conversations with people,” he said.

“But Rochdale Council isn’t in the business of turfing people out of their homes without giving them the option of something they can genuinely afford.”

Councillor Blundell said that the SPD could not include the ‘finer details’ due to its very nature, but issues such as housing mix would be decided through the existing ‘council structures’ further down the line.

“You can have a cast iron guarantee that, no matter who the cabinet member is at the time, it will go to scrutiny and cabinet – this is purely a planning document,” he said.

“It’s not knocking down huge swathes of estates like at College Bank.

“Not that those people’s homes are worth any less but there’s a balance to be struck in terms of, this area is right on the doorstep of the town centre and is considerably under-developed.”

Addressing councillors’ antipathy towards RBH, he added: “As long as I’m around, we will not be helping RBH with College Bank plans.

“However, they are the main social housing provider in the borough and often our route to building affordable homes. In their business plan they plan on building 100 affordable homes a year.

“When it’s appropriate and the public agree with their plan and what they want to do the council will support them in that.”

The committee will recommend that the report includes specific figures in terms of the mix of tenancy types in Lower Falinge when the report goes to cabinet for adoption, following consultation.

Responding, a spokesperson for RBH said: "We would encourage all residents to respond to the current consultation on the Council's supplementary planning document (SPD) for Lower Falinge.

"We've worked together with residents in Lower Falinge since 2016 to develop our plans to improve both the quality and mix of homes in the area, and we have guaranteed that every resident who wants to stay in the town centre area will be able to do so. We are proud of the new homes that we have built and we are investing in the existing homes.

"In central Rochdale there is little difference between the "social rent" and "affordable rent" levels, and in some cases the affordable rent actually works out as cheaper. The rent for our new build two-bedroom family homes in Lower Falinge is just over £80 per week - lower than for two bedroom flats in the area.

"RBH, the community, and the Council all agree that both the quality and the mix of homes in the town centre do not meet the needs of current or future residents. Our proposals are about increasing both the overall number and the quality of genuinely affordable homes in the town centre. We are investing in existing homes and we are building new homes, including the family houses with gardens, which the community have told us are desperately needed."