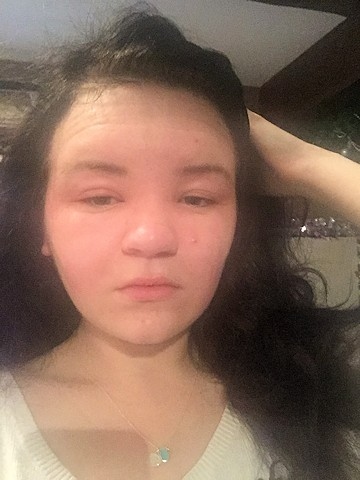 A Rochdale woman is crowdfunding for private surgery with a high success rate to treat several debilitating conditions and improve her quality of life.

Jennifer Winters, 27, is aiming to raise £40,000 to replace her defective lymph nodes with healthy ones in a bid to cure recurrent cellulitis and sepsis caused by congenital lymphoedema.

Lymphoedema is a condition that causes swelling in the body’s tissues. It usually affects the arms and legs and develops when the lymphatic system – which helps the body fight infection and remove excess fluid – doesn’t work properly.

Because her lymph nodes don’t work correctly, Jen regularly suffers from cellulitis skin infections which have led to sepsis on multiple occasions.

Sepsis – or blood poisoning – can be fatal is not treated in time. Jen most recently spent New Year’s Day in hospital being treated for cellulitis and has had sepsis twice.

“The best way I can describe it is feeling like a Chinese burn. The sensation starts in my calf before spreading past my knee. My legs are constantly swollen, even if they are elevated, and my skin tightens to the point of splitting. I have to keep my skin well-moisturised or risk the onset of cellulitis, which I have had everywhere at different times,” Jen explained. 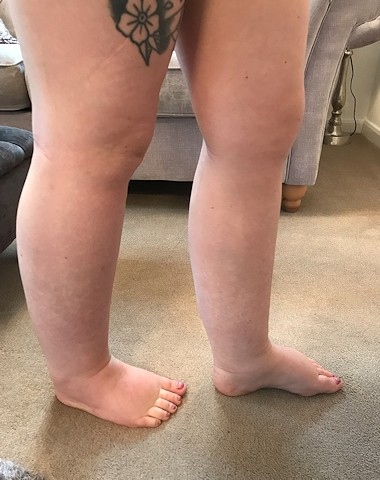 Jen, who works as a full time nanny, has even had cellulitis around her eye and has been told she could have lost her sight if the infection had spread.

“I do struggle with shoes and clothes; I have to buy larger than I am so they fit and have room for the swelling. I have missed out on a lot of things due to feeling self-conscious because of my condition. I really want to work at sea, but I can’t at the moment. I have to live with lymphoedema and get used to it. I’ve been back and forth to specialists. Compression garments [which are advised by the NHS] don’t help; they effectively act as a tourniquet.

“I’ve never been offered surgery, and I was told my condition would need to get worse to be treated with an operation which would reroute my lymphatic system to my blood vessels.”

Jen’s mum, Viv said: “I’ve spent many hours at Jen’s bedside in hospital, not knowing if she’ll live or die – a nightmare for any parent.

“When Jen starts to feel unwell, we only have an hour to get her to the hospital and get treatment because of how quickly sepsis develops and spreads. We both live on a knife-edge because of the speed of this dreadful and debilitating condition which leads to this awful infection.”

Although Jen has suffered from lymphoedema since birth, it only became apparent when she was 16 years old. Originally doctors thought Jen had cancer before referring her for further diagnosis.

She typically contracts cellulitis a few times a year, each time resulting in a hospital admission. Cellulitis is usually treated by oral antibiotics, but can require intravenous antibiotics in severe cases.

Viv added: “It comes on rapidly with no warning. Jen has had sepsis a couple of times and we’ve nearly lost her.”

Lymphoedema is typically treated by the NHS with decongestive lymphatic therapy, such as compression bandages, skin care to prevent infections like cellulitis, exercises and specialised massage techniques.

The NHS says surgery can be used in a small number of cases – including the operation Jen says she could have if she allowed her condition to deteriorate - connecting the lymphatic system to nearby blood vessels (lymphaticovenular anastomosis).

However, after desperately looking online for a solution, Jen stumbled across Anne Dancey, a plastic surgeon in Birmingham who treats the condition. She has predominantly treated lymphoedema patients for over 10 years.

“Jen’s been searching for years without a solution without success as there’s nothing on the NHS. She was doing her usual Googling when she found Anne Dancey, who told Jen she was a prime candidate for the double lymph node transplant surgery,” Viv explained.

The surgery would involve taking healthy lymph nodes from Jen’s underarms and replacing the ones in her groin and legs which don’t work. The lymph nodes taken from the underarm are not responsible for draining the arms so it is unlikely a patient would develop lymphoedema in their arms.

The limb affected by the condition is expected to soften and reduce over the next 18 months, with many patients immediately noticing reduced discomfort and heaviness in the affected area.

Those suffering from recurrent cellulitis – like Jen – can also notice a reduction in the number of episodes as the white blood cells which respond to infection will be free to circulate as they do in a functioning lymph system.

Jen says she has also been advised that she will need a follow-up surgery of liposuction on both legs – approximately six months after the first surgery – to even out the appearance of her legs and help bring them back to a normal size.

Viv added: “This surgery is a cure with a hugh success rate, but it’s extremely costly and only available privately. Day to day, Jen’s legs are very swollen, heavy and makes her incredibly tired, with sensations of burns to her legs. If that was the only issue, she could live with it, but it’s the constant spells, for long periods of time, in hospital that we’re trying to avoid.”

Dr Anne Dancey said: "Lymphoedema is a condition that causes marked swelling of a limb. There are many causes but it is most frequently seen following treatment for malignancy. Patients not only suffer from chronic pain and discomfort, but they often have infections necessitating antibiotics and hospital admissions. It has a significant impact on their quality of life.

"Vascularised lymph node transfer replaces missing lymph nodes to reduce the swelling and improve lymphatic function. The lymph nodes harvested are spare lymph nodes from the patient’s arm or leg and are taken with their supplying artery and vein. These vessels are often under 2mm wide and are completely detached from the donor limb and reattached with a microscope to similar sized vessels in the damaged limb. When the vessels are reconnected, the lymph nodes are given an immediate blood supply and stay alive.

"I have been performing this technique with a colleague for 10 years and it is very successful in carefully selected patients. It is not routinely offered in the NHS due to lack of funding and only limited numbers of surgeons having an interest and experience in lymphoedema. Hopefully, this will change in the future."

Based on the fees charged by Spire Parkway in Solihull – where the surgery would take place – Jen and Viv are looking at around £44,000 for the operations.

Viv concluded: “As a single-mum since Jen was a year old, I’m trying to save as much money as I can to see my beloved daughter through this procedure that I feel is essential and will ultimately, save her life.

“We would be eternally grateful for any donation, no matter how small or large and it would change Jen’s life forever.”