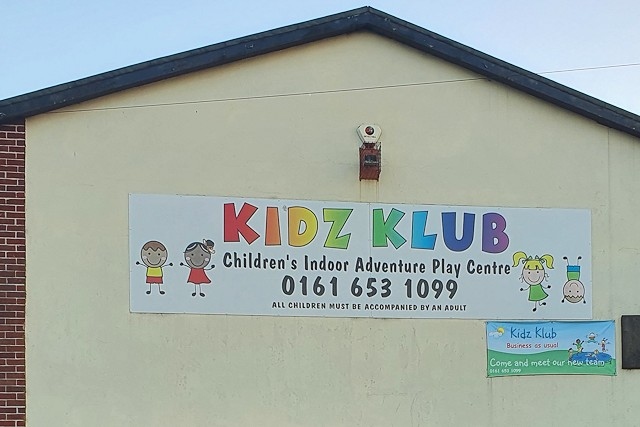 A Middleton couple who had been saving for IVF have been forced to use their savings to keep their children’s play centre business running.

Alexis Bradshaw, 27, and her husband, Liam, run Kidz Klub on Assheton Street, which has been closed ever since the first lockdown.

A former employee at the centre, Alexis took over the business in 2019 when the previous owner decided to sell. She said: “I built a bond with the customers. I’d seen them grow up from babies.”

The business was just starting to turn a profit after Alexis’ takeover when the first lockdown began. Despite receiving the Covid grants – “which helped substantially” – the cost of outgoings soon meant that Alexis and Liam were forced to use their own savings to keep the business running.

Alexis said: “We did have our own savings, which kept us going for the first few months. We were saving up for IVF which has totally been wiped out. It’s been really disheartening because even though I love the business, I wanted a baby more. We’re hoping to build our savings back up to go towards IVF treatment.”

Despite trying for a baby for over four years, Alexis and Liam are not eligible for IVF treatment through the NHS because Alexis has a child from a previous relationship, and had saved up enough for three rounds of private treatment.

“We haven’t been open so we’ve had no income, but with so many outgoings, at some stages there was more being taken out that we were receiving, and we also had the rent to pay.”

However, further blows were dealt when following the bad weather earlier this year, parts of the roof collapsed, also causing internal damage.

The roof alone is estimated to cost around £10,000 as the ceiling had completely rotted away over the years, leaving the venue needing an entirely new roof. As the building’s leaseholder, Alexis is fully liable for any building repairs, and she has 10 years remaining on the lease.

Alexis has to check the venue three times a week for the insurance policy, which is when she discovered the damage.

“Some of the ceiling had come through, above the toilets and play area. It was like a waterfall. We had also just fully redecorated and this was damaged too. It’s just been one thing after another.”

After talking with a customer who had enquired when the centre would reopen, Alexis was then offered help from the Random Acts of Kindness Middleton Group, with which the customer had spoken with.

The group has launched its March Mission to Save Kidz Klub, running competitions and step challenges to help raise £7,000 towards the repairs. You can view or take part via Facebook here.

Alexis added: “We would hope to be able to open on 17 May, but because the building isn’t fit, I don’t know if this will happen because of the funds needed to repair it.

“It’s been a really tough year. I’m quite a reserved person and I would rather struggle in silence than ask for help. It’s been surprising how many people want to help. If my customer hadn’t have reached out to the Middleton Random Acts of Kindness, I wouldn’t have done. But the group has been amazing and it does feel like a weight has been lifted.”

Nichola Beaman, who runs the Random Acts of Kindness Middleton Facebook page, said: “I’m really passionate about Kidz Klub with having four kids myself who have all been here. Our children need some normality when things can return again.

“Kidz Klub is also a hub for parents to chat with others too; we’ve all missed interaction so much and it will never re-open if the funds aren’t raised.”