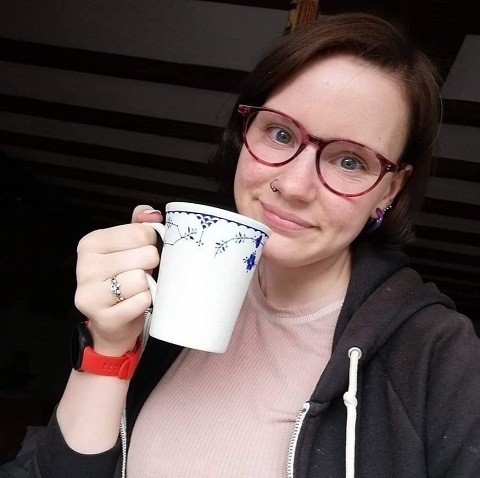 Autistic blogger ‘Actually Aspling’ is sharing her story for World Autism Awareness Week 2021 (29 March – 4 April), of being an adult woman diagnosed with the condition.

From Middleton, Aspling – real name Victoria Whiting – was diagnosed in early 2017, and began her blog a year later, formerly known as Girl on the Spectrum.

Autism is around four times more common in boys than in girls, but studies have suggested the condition often goes undiagnosed in girls, who are more likely to camouflage or hide their symptoms.

Growing up, I always felt like I was different, the odd one out – but it wasn’t until I was 25 that I was given an explanation.

I was officially diagnosed autistic in 2017 when I was 25, which is considered late for a diagnosis, although somewhat expected. I’d spent my whole life trying to find my place in society: turns out I wasn’t meant to fit in, instead I’m on the outside, making waves.

I was in my late teens when I first heard about autism. The more research I did, the more I realised it fit; it made sense. I remember vividly writing down a checklist full of autistic traits, detailing examples of how I fit these specific traits. I felt like I had to justify everything, not only to myself but also medical practitioners.

When it came to speaking to my GP, having evidence was definitely beneficial, because I was able to articulate exactly why I thought I was autistic; although, frustratingly, I was turned down twice before finally being referred to diagnostic services. I think that being an adult woman definitely affected getting diagnosed earlier; when I was diagnosed, there was less of an understanding of how women and girls manifest autistic traits. Everything was based off the stereotypical male presentation, so when I detailed how I had friends, of course that meant I couldn’t possibly be autistic.

During this time, I was studying at university. This is when i was referred for a diagnosis for the possibility of being dyslexic: turns out I was dyslexic – and dyspraxic. This is what gave me the final push to go back to my GP and try again, because I knew it was possible.

Third time lucky, I was referred. My GP read through all my evidence and believed I could be autistic. For someone to finally be on your side, it feels incredible, especially after being turned down for presenting atypically (and being a woman!).

When it came to the actual diagnostic appointment, I was given a child assessment, meaning that all the activities I had to do were very child-like and play-based. There are a variety of different assessments for the different age populations, however I was assessed with probably the most common – the Autism Diagnostic Observation Schedule – an observation-based assessment which reflects a stereotypical male presentation and doesn’t explore the multifaceted manifestations of autism, for example a female presentation.

I think this is one of the main reasons why so many young girls don’t get a diagnosis. It also explains why so many individuals are misdiagnosed, because the assessment tools are not empirically sensitive in capturing the differing manifestations.

For many young girls, including myself at the time, we camouflage our way through adolescence, until we get to a point where we’re no longer able to mask, and at this stage, we are left struggling.

There needs to be measures in place for early identification for young girls, to ensure they essentially don’t get left behind.

Many of the ‘female traits’ exhibited by women and girls are not picked up; common traits can include:

Struggling and having no support can lead to a variety of mental health conditions, including anxiety and depression, both which I struggled with as a teen, because I knew I was different. I knew I needed support, but without any official label, I was left.

One thing I will say is, if you are an adult, a woman, and you think you may be autistic, then definitely push for a diagnosis; don’t tell yourself it’s not worth it, it is. If you’re a parent, do research, look up trait presentation and get evidence, it helps to be prepared.

Finding out I was autistic pretty much changed my life and who I am as a person. I no longer feel lost, and I’m able to reflect on my childhood with clarity and closure.

World Autism Awareness Week 2021 (29 March – 4 April) aims to bring attention to the 700,000 people in the UK who are autistic, whilst educating people about the condition.

Autism is a lifelong developmental condition – it is not an illness or disease – which affects how people communicate and interact with the world.

One in 100 people are on the autism spectrum, meaning everyone with the condition has different needs or may require extra help with some things, such as making friends or getting a job.

You can read more about autism, including symptoms, here.