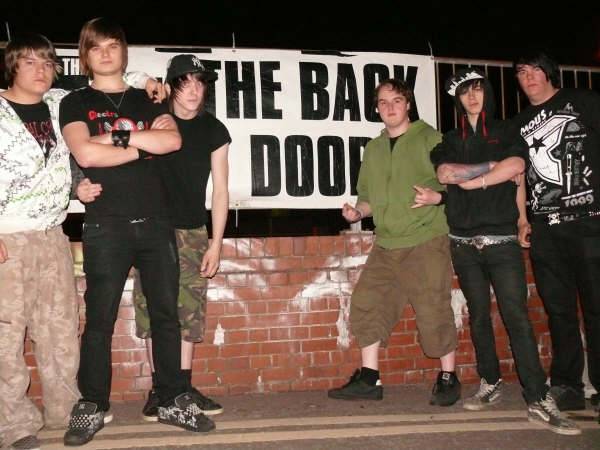 The Backdoor Music Project received £70,000 from the Secret Millionaire

Rochdale MP Paul Rowen has said that the Secret Millionaire programme, which was filmed around Falinge and Syke and aired on Channel 4 this week, showed the town in a good light despite claims early on in the programme that Rochdale was a 'town on its knees'.

The programme saw Hilary Devey, a multi-millionaire owner of a successful haulage company, go undercover for ten days in Falinge and give away more than £130,000 to three community projects, the Backdoor Music Project, Syke Community Base and Syke FC.

Paul Rowen said: “This was a programme that contradicted itself. It started speaking about the huge problems and claimed that ‘Rochdale was on its knees’. It was quite apparent though by the end that a great strength of our town is the fantastic work of volunteers and our great community spirit."

Hilary got a job at the Hunters' Rest pub in Syke so that she could meet the people and uncover the projects that she would help with her money.

Hilary went to Syke Community Base and met volunteer manager Sheila Acton. Sheila broke down in tears when Hilary revealed who she really was and announced that she would be giving £62,000 to the base and £2,000 for Sheila to go on a well-earned holiday. The money will keep the base going for further two years, following fears that it may have had to close down before Christmas this year.

70-year-old Sheila started the centre six years ago after realising that local OAPs were too frightened to come out of their homes because of crime.

The centre serves the whole community, providing educational and social services including lunch clubs, art classes and trips to Blackpool for the 'golden girls and guys club', as well as running projects for local kids.

Hilary donated £70,000 to the Backdoor Music Project, which provides training and facilities for young musicians to practise and for local youngsters to come and hear the bands play.

Carol Moore was the star of the show but members of the project wanted to make it clear that the success of Backdoor was down to a whole host of volunteers who work as a team and take time off from their day jobs to make the project work.

Hilary's donation allowed Carol to give up her job as a bank clerk and become the Project's first full-time employee, amidst dreams that the project might one day be rolled out across the country. Hilary also gave £10,000 so that the project could improve its kitchen facilities to provide internet facilities and a food shelter for the homeless.

After settling into her flat and coming to terms with the fact that a large number of people on the estate are unemployed and on benefits, Hilary began to see the town in an increasingly positive light

She said: "As the week has gone on and I've got to know more and more people here, and how nice and how friendly and how heart-warming they are, Rochdale is becoming a nicer place to live.

"I had a very nomadic childhood and didn't put down grassroots. To have a lifestyle which is like theirs where everybody knows each other, and they all have the local pub, the local restaurants and local community centres, I think would be lovely."