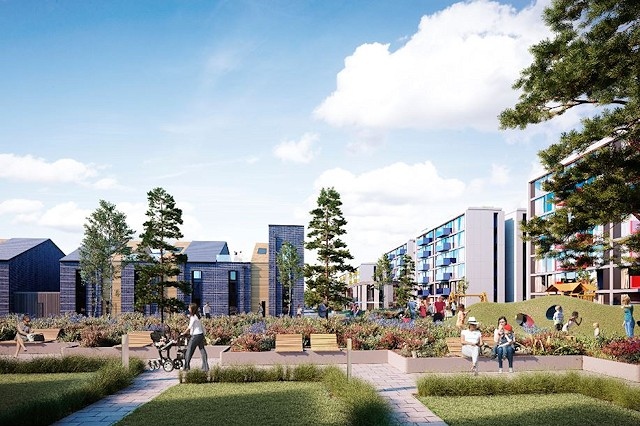 Two brownfield sites in Rochdale and Middleton have been given funding to be converted into housing sites, as part of the second phase of a £97m development fund.

Delivered by Capital and Centric, the Rochdale Neighbourhoods scheme at the former Central Retail Park site would provide 235 properties, whilst the site at Don Street in Middleton would provide 367 homes, developed by Kellen Homes.

Read more: The schemes that could change the face of Rochdale in 2021 and beyondPublished: 27 December 2020

No planning applications have been submitted as yet for either scheme.

The funding is the second tranche of an initial £81m allocated to Greater Manchester from the Government’s Brownfield Housing Fund to ‘unlock’ brownfield sites for development.

All brownfield sites identified for development were assessed on their viability and how they support the principles of the Greater Manchester Strategy.

An additional tranche of £15.8m was secured by the GMCA in February of this year and allocated to deliver a further 1,325 homes, taking Greater Manchester’s total Brownfield Housing Fund allocation to £97m.

Twenty-four schemes were identified to benefit from the first £37.2m tranche of the five-year funding allocation, delivering 4,318 homes across sites in all 10 boroughs.

In the first tranche, money was allocated for phase two of the Riverside development, providing 242 new apartments in Rochdale town centre, plus 222 homes for Royle Road, Castleton.