You are Here: Home » News » News Headlines » Two of Rochdale grooming gang members second appeal to remain in the UK 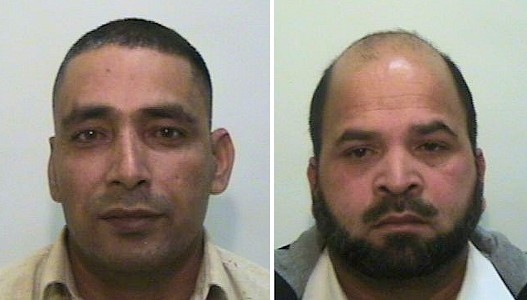 Two members of the Rochdale grooming gang, jailed for exploiting girls as young as 13, have launched another appeal to remain in the UK, according to reports.

It has been more than four years since three of the nine men jailed in 2012 as part of the infamous ‘Rochdale grooming gang’ were told they would face deportation to Pakistan as a result of their abhorrent crimes, targeting vulnerable underaged girls – but they still walk the streets of the town.

In August 2018, Abdul Aziz, Adil Khan and Qari Abdul Rauf – all of Rochdale – lost an appeal to avoid being deported, and it was announced they would be stripped of their British citizenship.

Now, The Sun has revealed Khan has launched a second appeal to be heard by an immigration judge in June, whilst Rauf has allegedly indicated plans to lodge his own legal challenge, after telling a reporter he was “surprised” he hadn’t been deported.

In 2012, all three were convicted of conspiracy to engage in sexual activity with a child and trafficking a child within the UK and sentenced to between six and nine years in prison.

Yet, despite the decision to deport them, the paedophiles are still seemingly living in the town – much to the fury of many local residents, their victims and politicians.

Girl A, the main victim of the Rochdale grooming gang, last week told The Sun that it was a disgrace that the government had not yet acted – and that she, and other victims are “haunted” by the paedophiles.

Responding to the three still living in Rochdale and not yet having been deported, the Home Office – which does not comment on individual cases – issued the following statement: “Child Sexual Exploitation is an abhorrent crime and has no place in our society – we are determined to do all we can to tackle it.

“The Home Secretary has been clear that what happened in places such as Rochdale remains one of the biggest stains on our country’s conscience.

“The cases of the foreign national offenders involved in these crimes have recently been reviewed at the request of the Home Secretary and we intend to update the victims through the proper channels when we can.”