You are Here: Home » News » News Headlines » Temporary classrooms to be built on Middleton's greenbelt "due to significant and immediate need" for school places 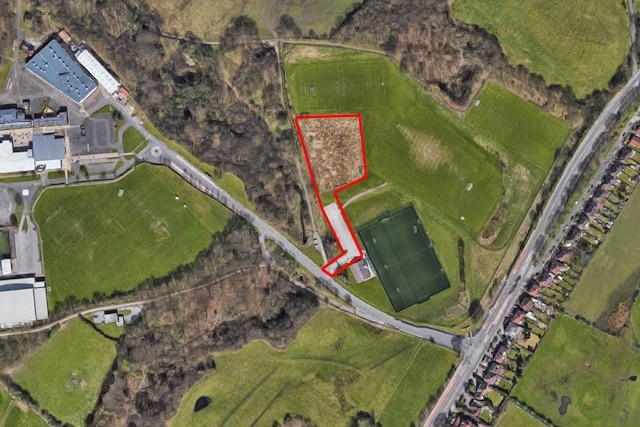 Planning permission for temporary school classrooms on greenbelt land in Middleton has been approved by Rochdale Council’s Planning and Licensing Committee (8 April).

Due to a 'significant and immediate need' for Year 7 school places from September 2021, temporary facilities are needed to educate pupils at Middleton’s new high school, Edgar Wood Academy, which has not yet been built.

As the plans comprise development on greenbelt adjacent to Hopwood College's Middleton campus, it was considered that the need for education would outweigh the ‘limited and reversible temporary harm’ arising as a result of the development.

The two-storey building would measure 24.4m by 19.66m and be just short of 7m in height. A 2.4m high weldmesh fence will secure the perimeter with a lockable gate.

The remainder of the site (900sqm) would be a hardstanding surface for informal play and supplementary parking.

The new facility would enable an intake of 120 pupils from September 2021, with a contingency option of a second intake of 180 pupils the following year, dependant on the progress made for Edgar Wood Academy.  Should the second phase be required, a second building will be installed of the same scale. This building will measure the same as the first and be identical in layout, with the exception of an additional ground floor classroom, in lieu of offices.

Proposals would be temporary for up to two years and reversible, so that the site could be returned to its current state. Permission for the temporary buildings expires on 1 August 2023; all associated infrastructure is to be removed from the land and the land restored to its former condition on or before this date.

Thirteen letters of objection were received citing concerns such as: the distance from where the school is going to be built; spoiling the view; ‘destroying and disturbing’ scrub land and ‘harming’ wildlife; an increase in litter, noise and air pollution; plus an increase in traffic and footfall.