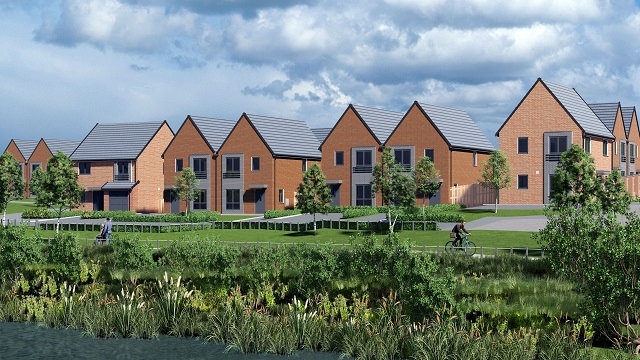 Vistry Partnerships, part of the Vistry Group, has been selected by Homes England to develop the former site of Akzo Nobel in Littleborough.

Homes England, which has owned the site since 2017, has selected Vistry to build 171 houses on the site of the former chemical plant.

Vistry Partnerships Yorkshire will lead the scheme through the preconstruction phase and onto site in early 2022.

“Importantly, we’re providing a mix of quality new homes to appeal to a wide range of customers.”

The development of the Akzo Nobel site, which links Littleborough town centre and Hollingworth Lake, has been controversial with concerns consistently raised over contamination and the location of mine shafts.

In 2005 Belway Homes withdrew plans to develop 280 homes on the site when members of the public responded with fears of contamination and the pressure that the development would put on Littleborough as a town.

Their plans for approximately 164 homes plus commercial and leisure facilities were also dropped.

Despite objections from local residents, Countryside Properties, which submitted the plans at the former chemical plant towards the end of 2011, was then granted approval for 174 houses on the site in 2015, before the government purchased the land to kickstart housing plans.

In November 2019 Homes England stated that the selected developer would take the site forward to a full planning application in spring 2021.