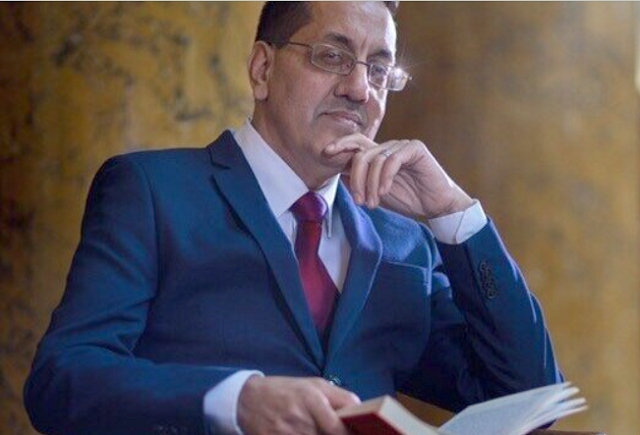 The rights to develop the autobiography of Nazir Afzal – the chief prosecutor in the Rochdale grooming gang case – for television have been secured.

Nazir Afzal OBE, a senior British lawyer, was the first practising Muslim to be appointed as chief prosecutor. He initiated prosecutions in the case of the Rochdale sex trafficking gang and was the Chief Executive of the country's Police and Crime Commissioners.

Nazir’s critically acclaimed 2020 autobiography ’The Prosecutor’ is a compelling and inspiring memoir charting his life as one of Britain’s foremost criminal prosecutors, in charge of ensuring the most complex, violent and harrowing crimes made it to court and their perpetrators tried for their offences.

His story begins in 1960s Birmingham, where he encountered racism, violence and tragedy as a young boy and how this series of events led him to carve out a ground-breaking career within the legal justice system.

As Chief Prosecutor, Nazir was at the forefront of some of the UK’s most famous and prolific legal cases including the Rochdale grooming gang and the earliest prosecution for so-called honour killing and modern slavery.

‘The Prosecutor’ is both a searing insight into the justice system and a powerful story of one man's pursuit of the truth, and has now been optioned for television by Buddy Club Productions.

During a 24-year career, Nazir prosecuted some of the most high-profile cases in the country and advised on many others, with a special focus on domestic violence, child sexual abuse, and honour-based violence.

Today Nazir sits on the board of the Independent Press Standards Organisation (IPSO) and is also National Adviser on Gender Based Violence to the Welsh Government. In 2018, he joined the advisory board of Google’s Innovation Fund for counter-extremism.

Nazir commented: “I’m delighted to be working with Keeley Hawes and Buddy Club Productions on bringing my memoir 'The Prosecutor' to the screen.

“In a hard fought competition, Buddy Club showed that they understood that it’s the stories of the victims, the survivors and the vulnerable which need to be told so that we can learn from their experiences to make the world safer for them. My journey is their journey.”

Throughout April 2021, ‘The Prosecutor’ is available as a Kindle ebook for just 99p as one of Amazon’s monthly deals.