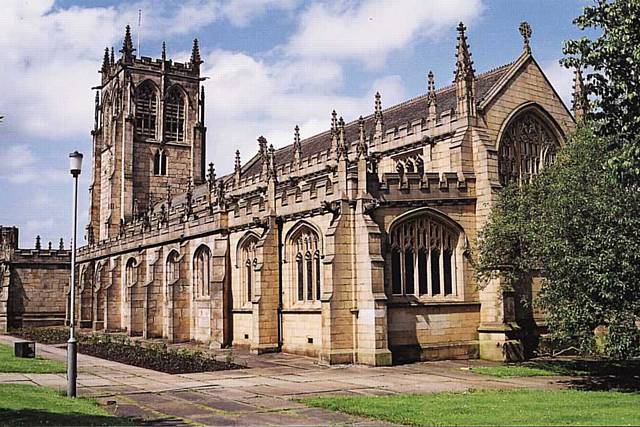 The Parish Church of St Chad is to replace its current ring of bells with eight restored and donated bells and two new bells.

The donated bells, which were cast by Mears & Stainbank in 1937, will be restored and augmented with two new bells. These two bells are intended to be the ring’s number 1 treble and the number 10 tenor.

The acquired ring of bells were previously hung at St Mark’s Parish Church, Glodwick. They have been donated to St Chad’s by the Manchester Diocese. They are presently being kept in protective storage at Taylor's Loughborough Bell Foundry, under the stewardship of the Keltek Trust acting on behalf of the Manchester Diocese. The removal and storage costs were funded by the charity, and these costs have been granted to the St Chad’s project.

The cost for the new bells, to augment the ring of 8 to 10, is bequeathed to the parish in John P Partington’s will. The bell ringing fraternity will remain immensely indebted to John for his lifetime's work.

The Parish of St Chad shall be eternally grateful for his generous gift. When they are eventually cast, the new bells shall be appropriately inscribed in his memory and his life shall be constantly celebrated whenever his two bells are rung.

St Chad’s current ring of eight bells are to be found a new home, which will enable them to live on in a restored state. It is hoped that they will be installed in another bell tower that presently requires a ring of bells and will allow another project to move forward towards its fruition.