You are Here: Home » News » News Headlines » £50,000 worth of building and farm machinery seized in Rochdale farm raid

£50,000 worth of building and farm machinery seized in Rochdale farm raid 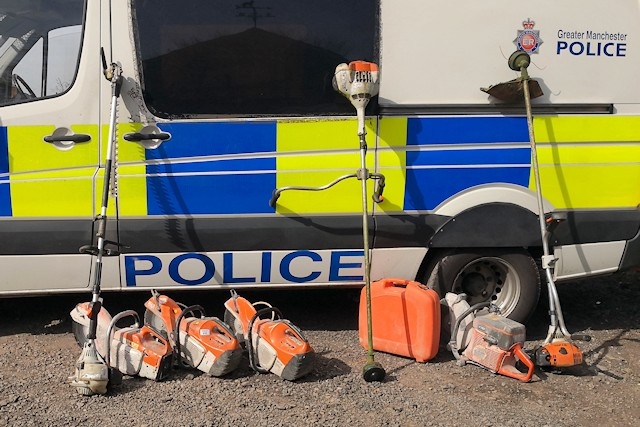 Around £50,000 worth of suspected stolen farm and building machinery and two dogs were seized following raids at a farm in Rochdale.

Officers from the Rochdale Partnership Enforcement Team, supported by the RSPCA, executed two warrants at around 9am on Friday 23 April at Carr Farm in Milnrow as part of an investigation into stolen farm and building machinery and animal welfare.

During searches of the property, around £50,000 worth of suspected stolen farm and building machinery was seized, along with two dogs that have been taken into care by the RSPCA.

In addition, officers also seized a number of financial records at the property, and investigations are on-going into how a number of puppies also discovered at the farm came to be there.

A 47-year-old man has been arrested on suspicion of fraud.

The operation follows detailed intelligence gathered by the Rochdale Partnership Enforcement Team, which is made up of GMP, Trading Standards, and Rochdale Borough Council, with support from the RSPCA.

Inspector Andy Fern, from the Rochdale Partnership Enforcement Team, said: "This raid has been the culmination of a great team effort. Over a period of time, officers, along with our partners, have been gathering intelligence and evidence, leading to the activity today where we have been able to continue to enforce, intervene and tackle the problems of machinery theft, and animal welfare. 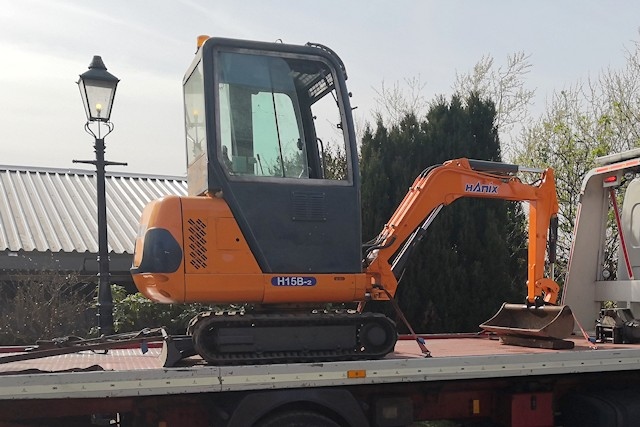 "It's been a large scale operation involving around 30 officers, and I would like to thank our partners at Trading Standards, Rochdale Council and the RSPCA for their support.

"We have been able to recover around £50,000 worth of machinery, as well as ensure the welfare of two dogs that have been taken in by the RSPCA.

"A lot of unseen work has gone into the preparation of today's activity, and our investigations will continue. Officers often rely on intelligence and information received from members of the community, so I would encourage anyone with information or concerns to contact the police, whether in person, by phone on 0161 856 8549, online at www.gmp.police.uk, or anonymously via the independent charity Crimestoppers on 0800 555 111."