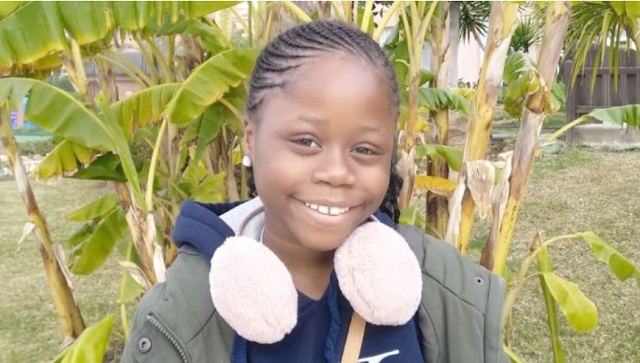 The family of a 12-year-old girl who died following ‘failings’ at hospital are raising money for legal representation after delays to her inquest.

Victoria Olabode, who had sickle cell disease, was just 12 when she died at Royal Manchester Children’s Hospital on 15 July 2019. She had been admitted to the hospital with chest pain and breathing difficulties.

Sickle cell disease is a group of inherited health conditions which affect the red blood cells, and is particularly common in people with an African or Caribbean family background. It is one of the most common causes of stroke in children.

After Victoria had a headache 'which left her screaming with pain', an on-call consultant suggested a scan be undertaken if her condition did not improve by the next day.

But the scan wasn’t carried out for a further three days, with the delay contributing to her stroke death. It was also recommended that an exchange transfusion be carried out, the recognised treatment of stroke in those with sickle cell disease.

An exchange transfusion is a potentially life-saving procedure which involves slowly removing a person’s blood and replacing it with fresh donor blood or plasm – but this too was carried out three days later than recommended.

In its report – seen by Rochdale Online – the hospital, which is managed by the Manchester University NHS Foundation Trust, says ‘junior staff working that weekend failed to recognise the signs of stroke’, Victoria’s headaches were not escalated by the junior doctors, and that there was 'an ongoing fixation that Victoria was having a painful sickle cell crisis'.

The hospital's investigation concluded: “We accept that as a result of the delay in carrying out imaging, there was a delay in the exchange transfusion taking place, which contributed to Victoria's death from stroke and we are very sorry for this."

An inquest into Victoria’s death had been due to take place at Manchester Coroners’ Court on 7 April 2021, but was altered to a pre-inquest review after receiving correspondence from the Manchester University NHS Foundation Trust.

A spokesperson for Royal Manchester Children’s Hospital said: “We wish again to extend our condolences and deepest sympathies to Victoria’s family at this incredibly difficult time.

“The trust has undertaken a thorough proactive investigation to examine the circumstances following Victoria’s very sad death and we are committed to ensuring that lessons are learned as we go through this process to improve patient care.

“We have shared the findings of the investigation with Victoria’s family, and are continuing to work with them to ensure they receive the support they need.

“We recognise that this is a very distressing time, however due to patient confidentiality and prior to the forthcoming inquest, the trust is not able to comment any further at this stage.”

As a result of the delay, Victoria’s parents, Victor and Oluwaseun Elizabeth Olabode, have set up a fundraiser for legal representation at the inquest.

They said: “We need justice for Victoria.”

Mr and Mrs Olabode also wish to form a foundation in their daughter’s memory. Victoria, who has a twin, Victor, dreamed of helping children with blood related illnesses like sickle cell disease.

The foundation would help affected children in the UK and Africa, forming a registered charity to improve awareness of the disease, management and treatment.