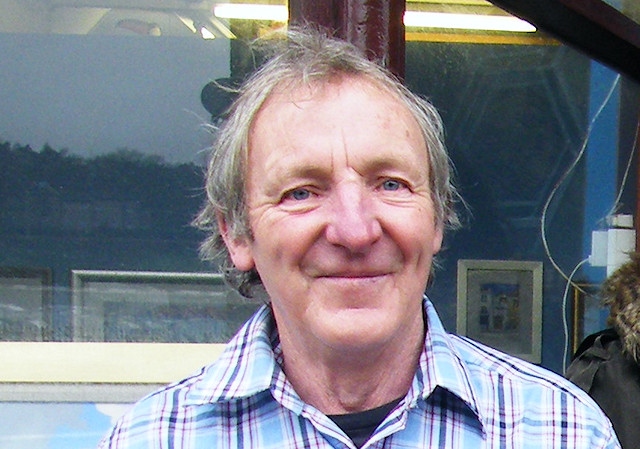 Littleborough artist Walter Kershaw has been jailed for four years for stalking his former lover and for breaching a restraining order numerous times.

Kershaw, who became infatuated with his life model, Catherine Mitchell, in 2006, appeared at Manchester Minshull Street Crown Court on Thursday (29 April) where he was sentenced to four years in prison for stalking, breaching a restraining order on conviction three times, and breaching of a suspended sentence order imposed on 21 July 2020.

Kershaw has previously served time in prison in relation to breaching the restraining order in 2015 and 2017 and received suspended sentences in 2019 and 2020.

The restraining order remains in place.

Kershaw, of Littleborough, was first given a restraining order in 2013 after admitting charges of harassment brought against him by Miss Mitchell after they broke up.

It is understood that Kershaw stalked Miss Mitchell after he became infatuated with her when she agreed to pose nude for him. They then began a twelve month affair.

After the relationship fizzled out, Kershaw began pursuing his ex-lover and would wait outside churches, follow her around the aisles of supermarkets, would send her love letters and romantic cards and would slowly drive past her home blowing kisses at her.

Kershaw also pestered Miss Mitchell's mother by turning up at her house to ask about her daughter, and also placed an oil painting of Miss Mitchell in the front window of his art gallery in Littleborough.

He had also tried to grab her arms whilst asking her to get into his car.

Walter Kershaw rose to fame in the 1970s and was dubbed the ‘original Bansky’ after his large-scale murals on houses caught people’s attention.

During his career, he appeared on BBC TV and radio shows and did interviews with the likes of Janet Street Porter, Anna Ford and the late Russell Harty.

His work has been displayed as far as Sao Paolo in Brazil.