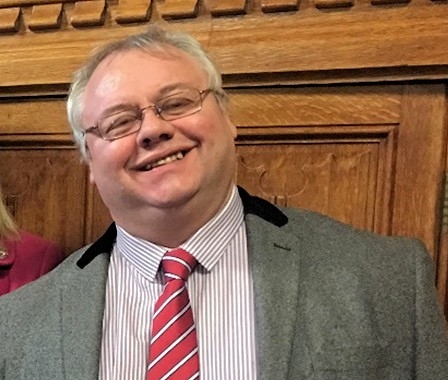 Rochdale Council’s new leader-elect says he will focus on delivering ‘first class’ services after successfully challenging his predecessor at the weekend.

Councillor Neil Emmott has been installed as the Labour group’s top dog after being voted in by a ‘landslide’ at the group’s AGM on Sunday 9 May.

He deposed Councillor Allen Brett just days after the party tightened its already iron grip on the authority at last week’s local elections.

The West Middleton councillor is understood to have secured 29 votes to Councillor Brett’s 16 in a secret online ballot.

The result effectively makes him the new leader of Rochdale council – pending ratification at the annual council meeting on 19 May.

It is understood both councillors addressed Sunday’s virtual meeting before members cast their votes.

Speaking in the wake of the result, Councillor Emmott said he wanted to lead an authority that ‘concentrates on first-class basic services, that people expect to see for their council tax’.

“I’ve never been a flashy or fancy person, some would say I’m a bit of a boring person, but I’ve always thought we need to make sure people see good services for the money they pay,” he said.

“As we come out of the Covid pandemic we need to look positively to the future and engage the public more in our decision making and carry people with us.”

Councillor Emmott also thanked his predecessor for his services as leader of the Labour group and council since replacing Richard Farnell in December 2017.

“I’ve known Allen for 40 years and I know he’s made a tremendous contribution to the Labour party over four decades,” he said.

Rumblings of a move against Councillor Brett have been in the air for nearly two years, but died down during the Covid crisis.

But these had clearly not gone away, and he was deposed in seemingly swift and brutal fashion over the weekend.

Those in the Emmott camp say there has been ‘growing discontent’ that officers, rather than councillors, were dictating the direction of the council.

And they felt Councillor Brett had failed to be forceful enough in ensuring Labour’s political programme and manifesto was implemented.

“Members of the council were asking for things that were just being ignored,” they said.

However, those who remained loyal to Councillor Brett are understood to be unhappy about the manoeuvring behind the leadership challenge.

It comes just three days after Labour enjoyed a triumphant local election night on which it consolidated its hold on Rochdale Council.

Each seat held by Labour was successfully defended, while Phil Massey’s victory in previously ‘non-aligned’ Balderstone and Kirkholt meant the group finished the night with 45 of the borough’s 60 councillors.

This was little comfort to Councillor Brett however, who intimated on the night of the election count that he expected a leadership challenge over the coming days, before refusing to be drawn any further.

Rochdale Council Labour Group communications officer Councillor John Blundell said there was no ill-feeling towards the former leader but said Councillor Emmott was the right man to take the council and Labour group forward.

He said: “Allen Brett is a close friend of mine and I have looked up to him throughout my political career.

“This leadership contest was not one born out of rivalries and it was the policies of the candidates, and the direction they would take the council in, that was in sharp focus. This contest was among friends and everybody on all sides wishes Allen well.”

Councillor Blundell added: “Neil brings multiple decades worth of experience to the role of leader of the council and has proven to be a formidable councillor and cabinet member.

“The Rochdale Labour Group are confident he will effectively steer the ship on the run up to the 2022 ‘all out elections’ and will make the necessary improvements to the council to ensure services are delivered to the standard the public expect.”

The decision has to be ratified at a meeting of the full Council on Wednesday 19 May at 6pm but that is a formality.