You are Here: Home » News » News Headlines » ‘I thought I would have had one more year’: Ousted leader’s ‘disappointment’ over being ditched after steering council through pandemic

‘I thought I would have had one more year’: Ousted leader’s ‘disappointment’ over being ditched after steering council through pandemic 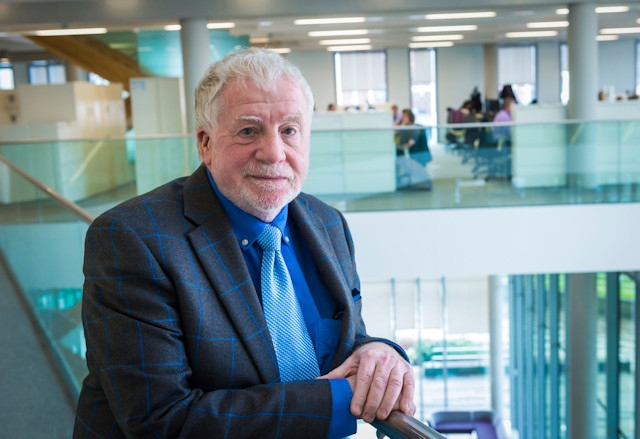 Councillor Allen Brett has spoken of his disappointment at being ditched by his group after steering the authority through the pandemic.

The councillor for Milkstone and Deeplish ward was deposed as Labour chief following a successful challenge by environment boss Councillor Neil Emmott at the weekend.

Councillor Emmott was the comfortable victor in a secret ballot of the borough’s Labour councillors, which saw him emerge with nearly two-thirds of the votes.

It came just days after the party tightened its already iron grip on the authority at last week’s local elections.

While Councillor Brett technically continues as council – though not Labour – leader until the annual council meeting on 19 May, it effectively brings to and end his three-and-a-half years at the helm.

But the 75-year-old says he made it known he planned to stand aside next year – and is disappointed not to be given another 12 months.

“I would have stepped down anyway,” he said.

“I was planning to step back from both the role of leader and representing Milkstone and Deeplish next May.

“Everyone knew this. I thought I would have had one last year as leader.”

Councillor Brett said it was especially disappointing given he had been at the helm for during the Covid crisis.

“I was asked to do another year because of the pandemic and thought they would have allowed me to continue now we are coming out of it,” he added.

There had been rumblings of a move against Councillor Brett for some time with Labour sources intimating a ‘growing discontent’ among members.

However, Councillor Brett – who does not use social media – believes this could have been resolved under normal circumstances.

“I think it’s a bit sad I have not been able to meet people face to face,” he said.

“If I had been able to meet people face to face I would not have had the problems I had.”

The former teacher says he will continue as ward councillor for Milkstone and Deeplish – a seat he successfully defended for Labour in the local elections.

That will take him up to next May, where there will be an ‘all out’ election in Rochdale, where all 60 council seats – three per ward – will be up for grabs.

“Whether I stand in the all-outs is very unlikely,” said Councillor Brett.

“If I did it would probably be a return to Milnrow if, perhaps, we need a candidate if we need to find three in the all-outs.

“But I’m still a long-standing Labour Party member and I’m supporting them, we will see what happens.

“I will stand if the party wants me, but not in Milkstone and Deeplish. But I will continue to represent them and continue to do my best for them.

“That would have been the plan anyway, even if I had not lost the leadership.”

Councillor Brett said he was saddened that not to be overseeing the ongoing regeneration of the town but hoped the plans would come to fruition.

“I’m disappointed but democracy is democracy. I just hope everything I have set up continues as well as all the other things he [new leader Councillor Neil Emmott] says [he will do].