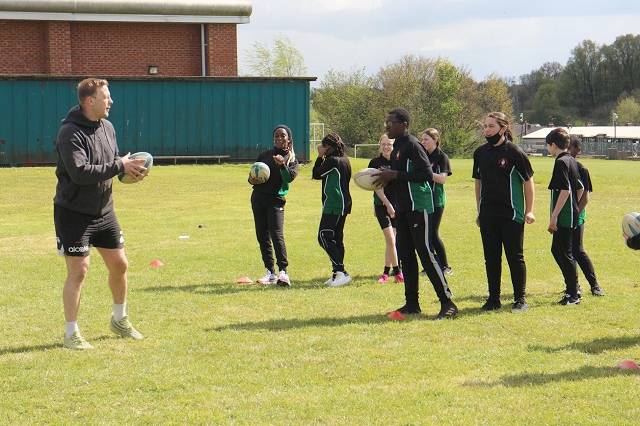 A world class rugby league player visited a Middleton school last week to share his tips and tricks on becoming a professional athlete.

Kopczak made his Bradford Bulls debut in 2006 before his first international call up for Wales the year later in 2007. He went on to captain Wales in the 2013 Rugby League World Cup and 2015 European Cup. He captained the team again in the following year's 2017 World Cup qualifiers.

Craig visited the school on Wednesday 5 May and spent the afternoon with pupils having a question and answer session where he talked about his career as a rugby player and gave advice on training and conditioning to an eager and captive audience. Many of the pupils also had the memorable and inspiring opportunity to be able to play alongside him as he joined in with some of their conditioned games.

Curriculum Leader of Physical Education, Neil Palmer said: “At Middleton Technology School we have a great sporting heritage; having Craig who has played professionally at the highest level come into school and share his vast wealth and knowledge with our pupils has been a fantastic experience.”

Kopczak will now be hosting regular weekly after-school coaching sessions, at Middleton Technology School, for pupils who wish to improve and develop their rugby skills.