You are Here: Home » News » News Headlines » Council ordered to pay mum £22,000 after it asked her to look after a missing friend’s daughter - then refused her financial support

Council ordered to pay mum £22,000 after it asked her to look after a missing friend’s daughter - then refused her financial support 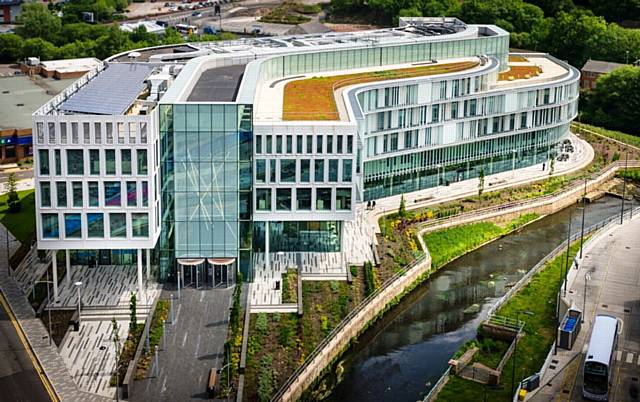 Rochdale Council has been ordered to pay a mum £22,000 after it asked her to look after a missing friend’s daughter - then refused her financial support.

It has now ‘apologised unreservedly’ for insisting she was not entitled to claim fostering allowance for taking care of the teenager.

The Local Government and Social Care Ombudsman (LGSCO) found the authority was wrong to class the situation as a ‘private arrangement’ after investigating a complaint from the woman.

The watchdog’s report says the council failed to provide ‘Miss X’ with an interpreter and had neither communicated with her effectively nor answered complaints adequately.

Miss X - whose first language is not English - told the watchdog she felt she had been ‘tricked’ by the council after eventually seeking advice from the Citizens Advice Bureau (CAB).

A mother to four young children, the LGSCO report notes that her family suffered ‘financial hardship’ as a result of the way the matter was handled.

The issue dates back to May 2017 when Miss X’s friend, ‘M’, went missing, ‘abandoning her family’.

Her 15-year-old daughter, ‘D’, went to stay with Miss X, while ‘M’s other children were cared for by a relative.

When the council made contact with M, it asked her to leave the children where they were, despite the fact she wanted them back.

At this point, her daughter, D, also said she wanted to go home, but the council asked her to stay on with Miss X ‘temporarily’.

In July the council began discussions about long-term arrangements for all the children.

It categorised the situation with D as a private fostering arrangement - although documents provided to the ombudsman noted this could not be the case as M had not consented to it.

Around this time, Miss X indicated she was ‘struggling’ for money.

The council helped her to claim tax credits and benefits for D, which had previously been paid to M. Bosses felt the teenager needed legal stability and that Miss X should have parental responsibility.

By the end of 2017 the authority had completed a private fostering assessment of Miss X, which noted her financial difficulties.

An interim Child Arrangement Order - under which a court decides where a child will live and for how long – was made, placing D with Miss X.

However, in late 2019 Miss X learned that D’s siblings had moved from their relative’s care and were now being looked after by a foster carer, who was receiving a fostering allowance.

She complained to the council about the lack of financial support and that she was not being listened to or helped by D’s social worker.

The Citizens Advice Bureau then helped her draft a formal complaint which was sent to the council in February 2020.

In response the council said: “D was already in your care as a private family arrangement prior to the local authority issuing care proceedings… you were never assessed or approved as a foster carer and therefore the local authority would not provide financial support.”

It added that D’s care was a ‘private arrangement’ and if Miss X was suffering from financial hardship it was her responsibility to make that known to D’s social worker at the time.

A request to escalate the complaint from Miss X was refused on the basis that ‘nothing could be achieved by investigating further’.

Miss X then took her complaint to the ombudsman.

She said D was not living with her prior to the council’s involvement, she had not been involved in the Child Arrangement Order application and did not understand the legal or financial significance of a private fostering arrangement.

The ombudsman found it was clear her command of the English language was insufficient for her to grasp the legal technicalities and there was ‘no evidence’ of an interpreter being provided.

Miss X had not realised that she may be entitled to an allowance to help care for D until 2019 and felt the council had ‘tricked’ her.

The authority tried to resist the LGSCO’s investigation on the grounds it was out of time and the matter had been subject to court proceedings, but later backtracked.

Having investigated, the ombudsman found that it was ‘clear that D was not accommodated under a private fostering arrangement’.

The report adds: “D had been cared for by Miss X for a month after which Miss X made clear she did not consent to D remaining there.

“D herself expressed a clear wish to return to her mother’s care at around the same time but agreed to remain at the council’s request. Miss X was effectively an unpaid foster carer for D.”

It went on to criticise the council communication and handling of the matter - noting that if it had ‘responded appropriately’, the ‘fault and injustice’ to Miss X may have been identified sooner.

The council has since held a meeting with Miss X.

It has agreed to make a payment of £22,114.86 as back-payment for missed fostering allowances between 2017 and 2020, minus any tax credits received by Miss X.

The authority will also make further a £322 back-payment of holiday allowance, as well as £500 for Miss X’s time and trouble.

The council has promised to review all Child Arrangement Orders made since May 2017 as well as its decision not to proceed with Miss X’s request to escalate her complaint.

A spokesperson for the council said: “We reiterate our apology to Miss X; we have made the required payment and have reviewed all similar cases since 2017 in line with the Ombudsman’s recommendation.”