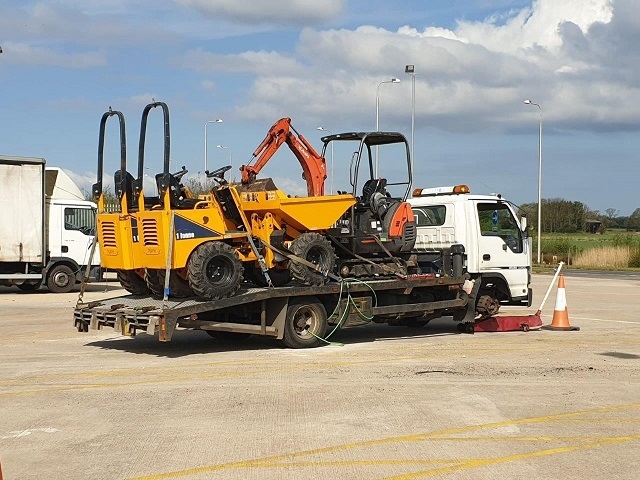 A specialist team is striving to reduce the alarming amount of collisions involving commercial vehicles after witnessing 378 offences on north west roads in the first four months of this year.

Highways England joined up with police forces from Greater Manchester, Cheshire and Merseyside and the Driver and Vehicle Standards Agency (DVSA) to form the North West Commercial Vehicles Unit (NWCVU) amid concerns that these vehicles were frequently involved in collisions on England’s motorways and major A roads.

Illegal driver hours, faulty brakes, worn tyres and insecure loads have become a worrying trend, but they are far from the only issues facing the team. They’ve encountered various ploys, including a magnet device fitted to a HGV’s gearbox so the driver could trick the tacho – the machine that records speed, distance travelled and stops - into thinking the vehicle was stationary when in fact he had driven it 400 miles without a break for 11 hours.

Highways England provides funding for the commercial vehicle unit which, after a successful pilot project led by four constables, has become a permanent fixture with the addition of Sgt Matthew Picton to lead the team.

Anthony Thorpe, assistant project manager in Highways England’s commercial vehicle prevention team, said: “The vast majority of people drive responsibly but unfortunately around 450 people are killed or seriously injured every year on England’s motorways and major A roads as a result of a driver being impaired or distracted. Those who break the law behind the wheel are putting lives at risk which is why we work in closed partnership with the police.”

Commercial vehicles are involved in more than 30 per cent of collisions on the network, which is why the NWCVU have prioritised changing driving behaviours.

Greater Manchester Police Sgt, Matt Picton who is currently seconded to the North West Motorway Police, added: “More than 20 per cent of the vehicles we stop are breaking the law, leaving us no choice but to stop the driver’s journey in its tracks. By shining a light on the issue we want to raise standards and encourage compliance, hopefully leading to a long-term reduction in incidents.”

Since the unit was set up 55 per cent of all vehicle checks revealed offences. They regularly find smaller commercial vehicles with a 3.5 tonne limit loading up to 5 tonnes. They are routinely stopped and weighed, after which the driver is fined and the vehicle cabled to prevent it being driven away.

The team work around the clock in and around DVSA check sites including Switch Island, Sandbach and Thornham, splitting their time between Greater Manchester, Cheshire and Merseyside. The unit now includes a dedicated vehicle examiner from the DVSA.

DVSA’s Head of Enforcement Delivery Laura Great-Rex said: “DVSA’s priority is to help everyone stay safe on Britain’s roads and this is an excellent example of agencies working together to crack down on unsafe commercial vehicles and drivers.”

Plans are in place to work with more agencies for the next stage of work, which sees attention turn to the wider illicit use of these kind of vehicles.

The unit has participated in Operation Paddington to target hauliers involved in clandestine smuggling.