You are Here: Home » News » News Headlines » Miracle baby with rare life-threatening illness needs world’s most expensive medicine with £1.9m price tag – but it will give him a second chance at life

Miracle baby with rare life-threatening illness needs world’s most expensive medicine with £1.9m price tag – but it will give him a second chance at life 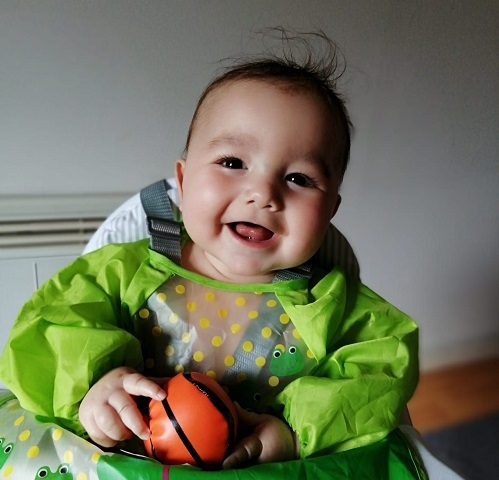 Zakariya Albaali has been diagnosed with Spinal Muscular Atrophy (SMA) Type 1, which can be treated with the most expensive drug in the world

A ‘miracle baby’ born to a mum from Milnrow after years of struggling to conceive has been diagnosed with a rare life-threatening condition which requires a £1.9 million treatment - the most expensive in the world.

Zakariya Albaali was born to his parents Tara Richardson-Albaali, 31, originally of Milnrow, and Mostafa Albaali, 35, after years of trying for a child. After unsuccessful IVF rounds, they were told they would not conceive and decided to go travelling.

However, just two months into the couple’s travels, Tara discovered she was pregnant – naturally – and Zakariya was born in Dubai on 11 October 2020.

Unfortunately, the Albaalis’ joy soon disappeared, as their much-longed for son was diagnosed with an incurable disease at just seven months old.

On 18 May 2021, Zakariya was diagnosed with Spinal Muscular Atrophy (SMA) Type 1, the most severe form of the condition which leaves babies with a life expectancy of just two years without medication.

SMA is a rare and often fatal genetic disease that causes paralysis, muscle weakness and progressive loss of movement. It affects the central nervous system and voluntary skeletal muscle movement, altering many basic motor functions, including walking, leg/hand movements, and losing the ability to swallow and breathe.

Full-time mum Tara said she first suspected something when Zakariya, at around four months old, wasn’t moving as expected.

The parents, who moved to London after lockdown, say a GP assured them that their son was fine, when they raised concerns about his lack of movement, and and the GP thought he was “lazy, or a little behind.”

But Tara’s concerns continued to niggle away, amplifying when she noticed the stark difference between the other babies and Zakariya at a post-lockdown baby class.

“The GP had said his muscle tone and strength was good. You trust the professionals. But after seeing him with the others, not kicking as much, I knew it wasn’t normal,” Tara said.

A visit to their local A&E saw Zakariya undergo checks and tests before being diagnosed with SMA before being transferred to Great Ormond Street Children’s Hospital in London.

“He’s lost his legs; there’s a little bit of movement in his feet and his arms are getting weaker, but to see him, you would think he’s normal,” Tara added.

Mostafa, a sales manager, explained: “In the two days before going to Great Ormond Street, we read  about the treatments and about this gene therapy, Zolgensma. His consultant stated, 'if I could, I would give him Zolgensma'.”

Zolgensma, a one-off gene therapy, has a reported list price of £1.79 million per dose and is labelled the most expensive drug in the world.

The treatment is given as a single intravenous infusion and contains a replica of the missing gene SMN1. It has only this year been approved for NHS treatment, with the first baby receiving it for the same condition as Zakariya just days ago.

Heartbreakingly, the Albaalis say their son is ineligible for the treatment, unless taken to a multidisciplinary team, which would take months and still unlikely, as it is ‘most effective’ on children under seven months old: Zakariya is seven months and one week.

Mostafa told Rochdale Online he has been in contact with Zolgensma’s manufacturers, Novartis Gene Therapies, who have told the parents the treatment can be given to children up to the age of two years.

He added: “It’s very confusing. Currently he’s having injections in his spine every other week to keep him stable and many blood tests. It’s so difficult to see this when we know there is a one-off treatment which would stop him from going to the hospital so frequently.”

Zolgensma has helped babies to reach milestones such as breathing without a ventilator, sit up on their own and crawl and walk after a single infusion treatment.

The active ingredient onasemnogene abeparvovec passes into the nerves and restores the gene, which then produces proteins essential for nerve function and controlling muscle movement.

The latest data suggests that Zolgensma can provide rapid and sustained improvement in motor function for young children with type 1 SMA and prolongs their lives.

The terms of the deal struck with the NHS means that some young children that currently fall outside the NICE recommendation criteria will also be eligible to be considered for treatment by a national multidisciplinary clinical team (MDT) made up of the country’s leading experts in the treatment of SMA.

But no timeline has been given for this, and Zakariya and his parents cannot afford to wait, resulting in them setting up a fundraiser for the drug’s £1.9 million price tag.

“Zolgensma is more effective the sooner it is administered,” Mostafa continued. “Every day Zakariya is losing more and more strength, and we just can’t wait until the team has been set up.

“We’ve had to be so careful; a cold, flu or coronavirus could see Zakariya put on a ventilator and then he won’t be able to have the injections he’s currently having.

“Our only hope at the moment is for Zakariya to have this treatment at Boston Children’s Hospital in the USA. The estimate is $2.2-$2.9 million, but when it will give Zakariya a second chance at life, you can’t put a price on it.” 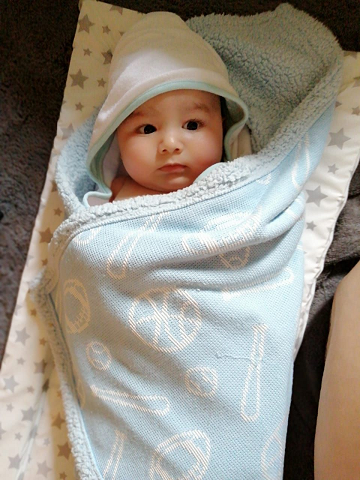 Tara added: “If Zakariya doesn’t get this treatment, we don’t know how we will live with ourselves; we wouldn’t want to be alive.

“But he is a strong little boy and we really want to help raise awareness of the disease and help the next family going through this as well as helping our little miracle baby have a second chance at life.”