You are Here: Home » News » News Headlines » Mayor’s charity committee outline aims for the next year

Mayor’s charity committee outline aims for the next year 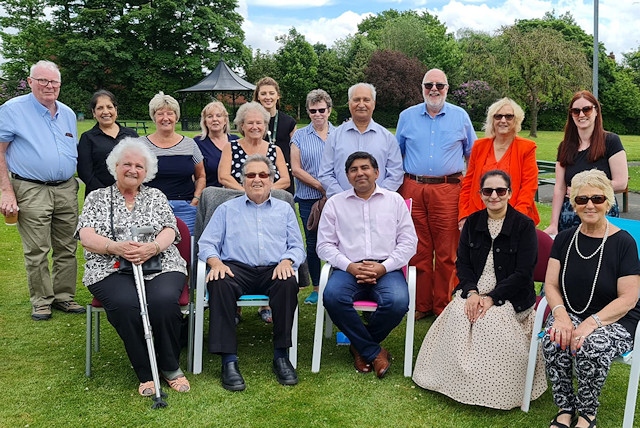 The Mayor's charity committee members for 2021-2022, made up of volunteers

The Mayor of Rochdale, Councillor Aasim Rashid, attended the first meeting of his charity committee this week.

The committee is made up of volunteers who support the mayor in organising events to raise money for the Mayor’s Charity Appeal.

Councillor Peter Rush was appointed the chair of the committee – a role he also undertook during Ian Duckworth’s mayoral year from 2017 - 2018.

Councillor Rush commented: "I am very pleased to be chairing a very strong co-operative committee for the next year. The committee is made up of willing volunteers who always have a smile on their face.

“We have outlined a very big programme in order to raise funds for local charities over the next 12 months, and hopefully all the chosen charities will benefit massively.

“I have been the Mayor of Rochdale in the past, and one of my policies was to work as the ‘mayor of the borough’. I say, ‘of the borough’, as I think it is important to include everyone.”

Mayor Rashid said: “I’m delighted to have a fantastic committee to help raise funds for local causes. We will be organising events throughout the year, and we hope that everyone can support us.”

The Mayor of Rochdale and his committee will be organising various events such as the annual Civic Ball, Mayoress at Home, and many other functions that members of the public can attend and help raise funds for various charities.

All funds raised are distributed at the end of the mayoral year.

More information about the Mayor’s Charity Appeal and how you can donate can be found here: