You are Here: Home » News » News Headlines » Solar eclipse to be visible from Rochdale on Thursday

Solar eclipse to be visible from Rochdale on Thursday 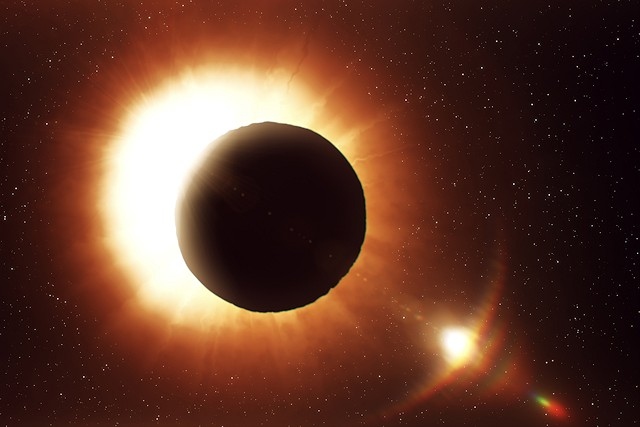 A partial solar eclipse will be visible in the Rochdale borough on Thursday morning (10 June).

A solar eclipse happens when the moon moves between the sun and Earth, casting a shadow, fully or partially blocking the sun’s light in some areas.

During an annular eclipse, the moon is far enough away from Earth that the moon appears smaller than the sun in the sky, leaving a bright ‘ring of fire’ visible around the moon’s silhouette.

NASA says: “Since the moon does not block the entire view of the sun, it will look like a dark disk on top of a larger, bright disk. This creates what looks like a ring of fire around the moon.

“In some places, viewers won’t get to see this ring around the moon. They’ll instead experience a partial solar eclipse. This happens when the sun, moon, and Earth are not exactly lined up. The sun will appear to have a dark shadow on only part of its surface.

Maximum coverage will be reached at 11.14am.

How to Safely Watch an Annular or Partial Eclipse

It is never safe to look directly at the sun's rays, even if the sun is partly or mostly obscured.

NASA says that if watching a partial solar eclipse or annular solar eclipse, you must wear solar viewing or eclipse glasses throughout the entire eclipse if you want to face the sun. These are not regular sunglasses, which are not safe for viewing the sun.

If you don’t have solar viewing or eclipse glasses, NASA suggests using an alternate indirect method, such as a pinhole projector. Pinhole projectors shouldn’t be used to look directly at the sun, but instead to project sunlight onto a surface.

You can take photos of a solar eclipse using a camera; phone cameras will likely result in an over-exposed image due to the sun's brightness.

Send us your photos (and tell us where you took it) and we will include them in a follow-up article: