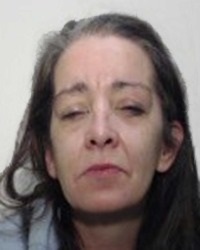 The woman who was sadly found in the Hey Brook stream at Hamer last week has been identified as 42-year-old Joanne Baird (also known as Joanne Mitchell).

At around 2pm on Thursday 3 June 2021, police sadly located the body of a woman - identified as 42-year-old Joanne Baird but also known as Joanne Mitchell from the Rochdale area - in the water at Hey Brook, Hamer, Rochdale.

The death is currently being treated as unexplained and detectives are keen to speak to anyone who knew Joanne, or had any contact with her in the days leading up to 3 June.

Officers have also released an image of Joanne, as well as an image of a jumper that is similar to the one that Joanne was found wearing.

Detective Inspector David Crewe, from GMP's Rochdale Division, said: "We'd like to reassure the community that we're following up a number of lines of enquiry following Joanne's death

"Her death is not currently being treated as suspicious but we're now appealing for anyone who may have seen or spoken to Joanne to come forward to try to establish the circumstances of how she came to be in the water.