You are Here: Home » News » News Headlines » ‘Every woman in public life has experienced this’: Councillor speaks out on ‘gender-specific harassment’ after being ‘bombarded’ with late night video calls

‘Every woman in public life has experienced this’: Councillor speaks out on ‘gender-specific harassment’ after being ‘bombarded’ with late night video calls 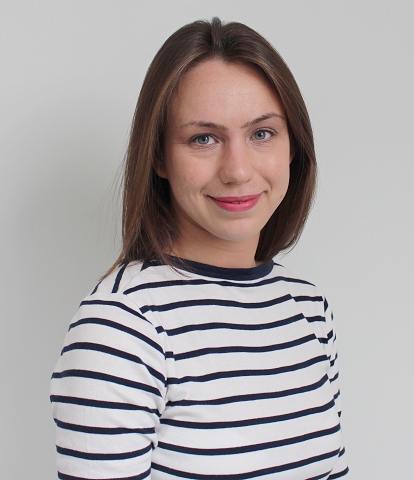 Rochdale’s youngest woman councillor has opened up about the harassment she has faced since being elected two years ago.

Councillor Elsie Wraighte has represented Kingsway since 2019 and is now also assistant cabinet member for children’s services and education.

A Labour party member and activist for more than a decade, the 29-year-old is no stranger to the cut and thrust of politics.

But since being elected Elsie has – on several occasions – been subject to a late night ‘bombardment’ of unsolicited messages and calls.

She recently tweeted a screenshot of five Whatsapp messages asking to be ‘unblocked’ as well as ‘three attempted video calls from two different men.

Now she has decided to speak out on the abuse and harassment women in public life are being forced to put up with.

“I’m pretty thick-skinned, but I’ve been surprised by the volume and frequency of what I suppose is harassment.”

The latest incident happened last Saturday night, as Elsie was trying to get to sleep.

“I could hear the Whatsapp video tone going off on my phone,” she says.

“It was waking me up and, constantly, someone was trying to do a video call – that has happened ever since I was elected in 2019.

“Probably on about 10 separate occasions I have been subject to that kind of bombardment and constant messaging and asking why I have blocked them on my phone.”

The calls tend to happen after leaflets have been sent out with Elsie’s contact details on them.

But while she is determined not to be deterred, she believes this ‘harassment and bombardement’ goes some way to explaining why women are under-represented in public life.

She cites the Fawcett Society’s 2020 report Sex and Power, which found that only a third of MPs and councillors are women. And while Tracy Brabin has just become the first Metro Mayor after her election in West Yorkshire, only one in five council leaders is a woman.

“All women, in public life – whether at local council level like me, or national political level have some experience or story related to this,” she says.

“It’s a shame, because national and local politics is losing so much talent and this is one of the contributing factors.”

As well as discouraging women from getting involved initially, she also believes it can deter them from standing for re-election or pursuing senior positions.

“It definitely grinds you down,” says Elsie. “I have described something that’s relatively minor. There’s lots of sexual abuse, harassment and violence worse than I have described.

“I can put up with unpleasant phone calls. It wears you down but I will keep on going. I wanted to speak out because I think there’s a culture of silence and I think the way to address it is by talking about it more.

“I know anecdotally that lots of women in public life have experience of this to some extent. As long as we continue to talk about it we can continue to support each other.”

For Elsie, one of the most effective ways of repelling unwanted callers has been her partner – fellow councillor John Blundell – answering the phone. It tends to have the desired effect.

But the fact he has not suffered the same kind of harassment is not lost on Elsie.

“It’s that easy contrast,” says Elsie. “My partner is a male councillor and he doesn’t get the equivalent of this in any way shape or form.”

And she says the inappropriate behaviour – such as the calls and messages last weeked – is ‘quite deliberate’ – and ‘always a man’.

“Whoever it was knew what they were doing, my phone was pinging constantly,” she adds.

Elsie intends to stand for re-election at the end of her term, but understands why other women councillors may come to a different decision.

“I’m a young person with a full time job, family responsibilities and other things going on in my life as well as being a councillor and assistant cabinet member,” says Elsie.

“So I could see that it would be very easy for people to be put off standing for re-election or going for senior positions in local government.

“They have dipped their toe in the water and are thinking ‘my life would be much happier and more fulfilling if I didn’t have to put up with this level of abuse.

“I can see that line of thinking, but I will continue to persevere.”

But Elsie would urge any women thinking of getting involved not to be put off. While she has sometimes sought official advice from council officers, her main support has come from fellow women councillors and activists.

“The support I rely on and that has been most helpful is the informal network I have created for myself – more experienced women councillors who have gone through a lot of the same stuff in the past, have supported me and encouraged me.”

And her advice to those who would follow in her footsteps is to ‘be very aware of what you want to change by going into politics and focus on that’.

“The thing I care about is social mobility and getting people from disadvantaged backgrounds into the top universities and professions,” she adds.

“That is something I care about and why I am in politics. Have a clear focus and passion and stick close to that – and those unpleasant things that happen will hopefully not deter you too much from your overall goal.”