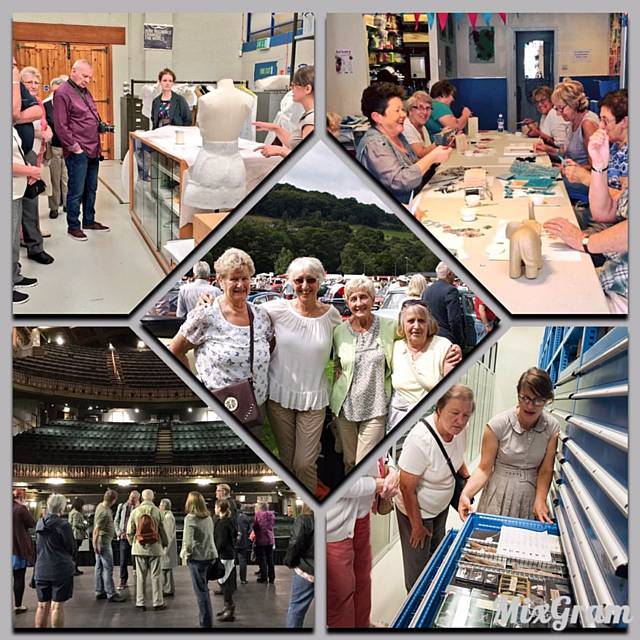 Throughout the Covid pandemic, the organisation has had to repurpose its activities, moving social activities online and the volunteer drivers service changing from a passenger service to collecting and delivering prescriptions, emergency food parcels and essential PPE to doctors' surgeries.

HMR Circle came about thanks to Rochdale Boroughwide Housing: when RBH became the country's first tenant and employee mutually-owned social housing provider, it looked to support some new innovations for the borough, giving a seed fund to prime the Circle model for the borough's older people.

A small team was recruited to launch the 'Rochdale Circle' led by Mark Wynn, who was also chairman of Rochdale Hornets at the time, assisted by Leanne Chorlton, originally administration but who has progressed to become operations manager.

Initially part of a wider Circle experiment, when the parent organisation had to close, Mark and the team decided to continue as a stand-alone organisation – despite the other six Circles, all part of the initial experiment, eventually closing.

Rebranding to Heywood, Middleton & Rochdale Circle (HMR Circle) and making several strategic and operational changes to the delivery model, HMR Circle not only survived but thrived to the point where the HMR Circle model and variants of it are developing across the country.

With the volunteers drivers service coming under the HMR Circle banner in 2018, Circle now boasts over 800 members.

Putting on events and activities suggested by the members themselves saw HMR Circle put on up 60 events a month, taking anything between 600-800 social bookings every month as well as completing nearly 5,000 practical jobs for older people and averaging an incredible 1,500+ transport requests for the drivers service.

Not only has the Circle model gained attention locally and nationally, but also internationally with overseas visitors coming from Japan, the USA and six different delegations coming from South Korea to observe the HMR Circle model.

HMR Circle has also had accolades closer to home and has been crowned Greater Manchester Social Enterprise of the Year.