You are Here: Home » News » News Headlines » PM announces that step four of reopening 'roadmap' will be delayed by at least 4 weeks 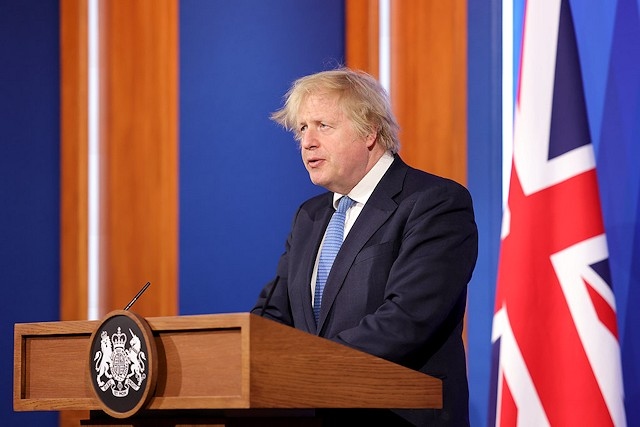 The majority of current coronavirus restrictions will remain in place in England for another four weeks after the planned 21 June 'Freedom day', Prime Minister Boris Johnson has confirmed in a press conference this evening.

It was previously hoped that England would move to stage four of the government's roadmap out of lockdown on 21 June, when venues and events would be allowed to operate without capacity limits and there would have been an end to limited home gatherings of six people, or two households.

But in a press conference on Monday (14 June), Mr Johnson said that England would stay under restrictions for a further four weeks, due to a rise in infection rates following the Delta variant of Covid-19, which is spreading rapidly.

He said that the four tests set out by government that needed to be met before proceeding to the next step of the roadmap had not been met.

A four-week extension means capacity limits for sports, pubs, restaurants and cinemas will remain, and nightclubs will stay closed.

However, the Prime Minister did say that weddings and wakes will be permitted to go ahead with more than 30 guests. The number of people who can attend these events will be determined by how many people a venue can safely accommodate with social distancing measures in place.

"Vaccination greatly reduces transmission and two doses provide a very high degree of protection against serious illness and death. But there are still millions of younger adults who have not been vaccinated and sadly a proportion of the elderly and vulnerable may still succumb even if they have had two jabs.

"And that is why we are so concerned by the Delta variant that is now spreading faster than the third wave predicted in the February roadmap. We’re seeing cases growing by about 64 per cent per week, and in the worst affected areas, it’s doubling every week. And the average number of people being admitted to hospital in England has increased by 50 per cent week on week, and by 61 per cent in the North West, which may be the shape of things to come.

"I cannot say that we have met all four tests for proceeding with step four, I do think it is sensible to wait just a little longer.

"By Monday 19 July we will aim to have double jabbed around two thirds of the adult population including everyone over 50, all the vulnerable, all the frontline health and care workers and everyone over 40 who received their first dose by mid-May.

"And we will bring forward our target to give every adult in this country a first dose by 19 July - that is including young people over the age of 18 with 23 and 24 year olds invited to book jabs from tomorrow - so we reduce the risk of transmission among groups that mix the most. And to give the NHS that extra time we will hold off step 4 openings until July 19th except for weddings that can still go ahead with more than 30 guests provided social distancing remains in place and the same will apply to wakes.

"Now is the time to ease off the accelerator because by being cautious now we have the chance – in the next four weeks – to save many thousands of lives by vaccinating millions more people. And once the adults of this country have been overwhelmingly vaccinated, which is what we can achieve in a short space of time, we will be in a far stronger position to keep hospitalisations down, to live with this disease, and to complete our cautious but irreversible roadmap to freedom."