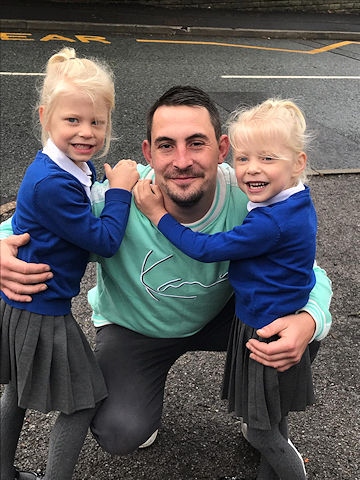 A Rochdale dad’s five-year-old daughter has been flown on the Children’s Air Ambulance after undergoing the UK’s first heart and lung operation.

Pippa Clegg-Rimmer has a very rare form of pulmonary hypertension – one of only four cases ever recorded – and she was the first person under the age of 14 in the UK, and possibly Europe, to have surgery to remove blood clots from her heart and lungs.

Before the operation her parents were told that there were no guarantees she would survive surgery but, as her condition was rapidly deteriorating and her life expectancy was less than a year, they felt they had no alternative but to give their consent for it to go ahead.

Miraculously, Pippa defied the odds and four weeks after she underwent the ground-breaking surgery at Great Ormond Street Hospital, she was flown on the Children’s Air Ambulance from London to be admitted to Sheffield Children’s Hospital.

Her dad Daniel Clegg, originally from Rochdale, accompanied her on the 70-minute transfer, along with a specialist paediatric retrieval team from Embrace, Yorkshire & Humber Infant and Children’s Transport Service (part of Sheffield Children’s NHS Foundation Trust) – one of the clinical partners working with the Children’s Air Ambulance.

Previously he had travelled to London with his daughter in an Embrace ambulance which had taken over six hours due to traffic hold ups, especially approaching central London.

Daniel said: “The helicopter journey was a lot quicker and easier for us both which made it far less stressful on the day. It made a massive difference. Everyone was so happy for us to be going home. It was fantastic. It was so exciting for everyone in the family, and they knew exactly when we would be back with them and didn’t have to worry about any delays.”

The Children’s Air Ambulance had taken off from its base in Doncaster with the Embrace team onboard.

The helicopter landed at Battersea Heliport where an ambulance was waiting to drive the team to Great Ormond Street Hospital. On arrival they prepared Pippa for the air transfer and then travelled with her and Daniel back to the waiting helicopter and accompanied them on the flight to Sheffield.

As there isn’t a helipad at Sheffield Children’s Hospital, just a park opposite which isn’t always appropriate to land in, the helicopter flew to the city’s Northern General Hospital where there is a helipad. It was then a 13-minute drive in a land ambulance to get Pippa to where she was to spend the next nine days recovering.

Daniel added: “Pippa was fully aware of everything that was happening, and she loved the flight. In fact, she looked after me as I am terrified of flying. However, it was a million times better than I thought it was going to be and after about 20 minutes I started to relax and enjoy it. It was such a happy time for us after all the stress and worry.”

“The pilots explained everything so Pippa could understand what was happening. She is very inquisitive and asked a lot of questions.” 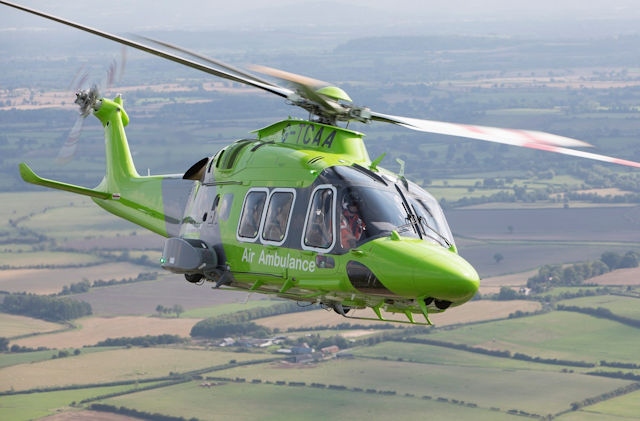 He and Pippa’s mum, Claire Rimmer, are so grateful for the part the Children’s Air Ambulance played in getting their daughter – an identical twin with Isobelle – to the local hospital where it was much easier and less stressful to visit and stay with her.

Pippa was finally discharged from Sheffield Children’s Hospital on 8 March 2021 and is now back at school for an hour a day. Doctors are pleased with her progress so far.

Daniel said: “Her long-term outcome is not clear, and it is possible she will need more surgery in the future. The way she was deteriorating before the operation she probably wouldn’t be alive if she didn’t have it, but now she’s running around with her twin sister Isobelle and not in a wheelchair.”

As an expression of thanks for everything that has been done for Pippa, Daniel and a group of family and friends are planning a sponsored cycle ride from Blackpool to Rochdale in August this year.

The proceeds will be shared by the Children’s Air Ambulance and Great Ormond Street Hospital.

“My family are very grateful that the Children’s Air Ambulance was there when we needed it and I hope that sharing our story and my fundraising will encourage other people to support the charity if they are able to,” added Daniel.

Anybody wanting to support the 135-mile “Pedalling for Pippa” challenge can do so by using the following link: