You are Here: Home » News » News Headlines » Schoolchildren plant up Castleton station ready for ‘In Bloom’

Schoolchildren plant up Castleton station ready for ‘In Bloom’ 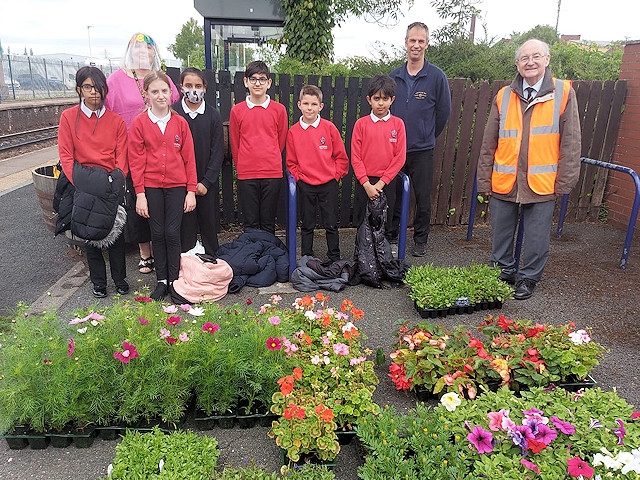 For the past decade, children from Castleton’s local schools have assisted Councillor Billy Sheerin and members of the Rochdale in Bloom group for the annual ‘plant up day’ at the station.

This year, due to issues caused by Covid-19 and school holidays, only two of the four local primary schools could participate in the community event.

Together with Roy Down, Chairman of the Rochdale in Bloom group, and Councillor Sheerin who started the annual event in 2010, Dawn Frost and Anne Marie Kent accompanied St Edwards children and headteacher of Castleton Community Primary School, Lindsay Torrance, was also in attendance.

Councillor Sheerin said: “The station is now blooming with flowers again for the summer and delighting railway commuters.

“The first plant up at the station was in 2010 and since then, the blooms have been built up every year to make it a beautiful setting.

“With the help of the children, the station looks absolutely beautiful again, ready for another year ‘In Bloom’. All the children carried out super work.”

Judges from the North West in Bloom competition will visit the station on Thursday 5 August and the schoolchildren hope their efforts will result in the township winning a gold medal for the fourth time in a row.