Little Monkeys receives donation of clothes as an Eid gift 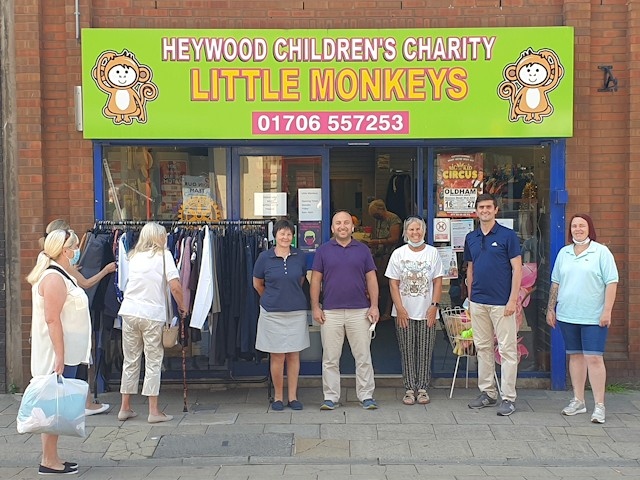 Heywood children’s charity, Little Monkeys, which helps under privileged children, received a donation of clothes from the Turkish community of Greater Manchester as an Eid gift this year.

Refugees, Fatih Turuth – who settled in Heywood – and Ali Hamzah, organised a collection of their community’s children’s outgrown clothes, before donating it to Little Monkeys as an Eid gift.

Councillor Beswick said: “I would like to take this opportunity on behalf of Little Monkeys charity, the board of trustees, shop manager Peter, and especially all our extremely valued hard working volunteers to say a big thank you to the Turkish community for the very generous donation for Eid that they very kindly delivered.

“We were humbled, thankful and extremely grateful.”

Dr Michael Taylor, who converted the Ship Inn for Little Monkey’s use, said the donation was 'splendid' before adding: “Fatih and Ali demonstrated by their generosity their desire to repay the support they have received from townsfolk in Greater Manchester.”

Little Monkeys was started in 1999 by members of the clinical team at York House Surgery, opening a shop on Heywood's main shopping street. For the first year it ran well, however, with a change in the management, the shop takings declined so much that the shop needed to be closed.

The charity struggled until in 2011, Michael Taylor, a GP at York House purchased a derelict pub, the ‘Ship Inn’, and converted it for the charity’s use. It was opened on 1 June 2013 by the-then Mayor of the Borough of Rochdale, Councillor Peter Rush.

In 2019, the Queen recognised the charity, awarding it Queen’s Award for Voluntary Service.