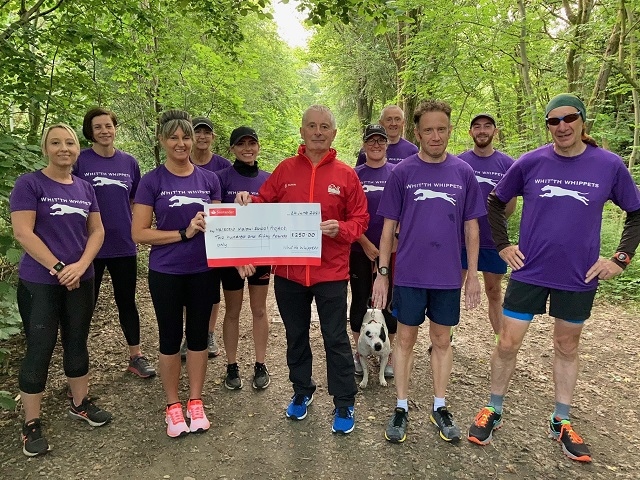 A 5k race in Whitworth has raised £250 towards building a school in Malawi, East Africa.

Former race organiser Andy is supporting the work of a Bolton schoolteacher, who is raising funds for the non-governmental organisation Chisomo Children’s Club to build a school in Bisa village, with the aim of providing education for all and keep children off the streets.

Established in 1998, Chisomo aims to provide a better future for street-connected and vulnerable children in Malawi.

A cheque was presented to Andy O’Sullivan two days later, to go to Hesketh House School in Bolton which is aiming raise £50,000 towards the school.

The first of Andy’s own named races took place in 2018, organised by Andems Runners.

The Whit’th Whippets are aiming for this race to be the first of a series this summer as runners were thrilled to be back racing again.