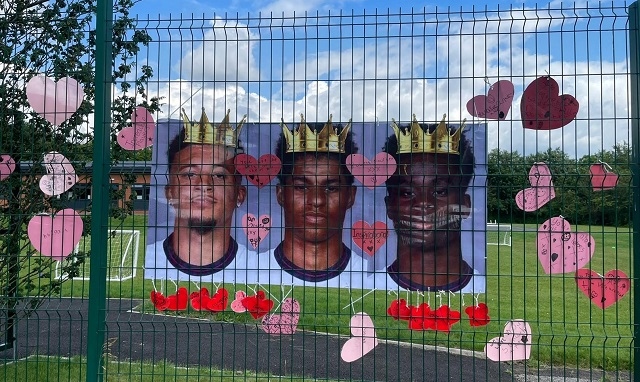 The artwork outside St Luke's Primary in Heywood

The artwork features all three England footballers wearing crowns, surrounded by heart-filled messages of support from the children.

A spokesperson for the school said: “We spent time across school talking about racism and one of our classes created this work to display outside school.

“We are so proud of these three heroes. All of our children admire you and proudly stand with you.”

Sancho, Rashford and Saka each missed penalties in Euro 2020 final against Italy, and have since been the targets of racist abuse on social media. A number of messages used the n-word – seemingly causing the slur to trend – whilst others compared the players to monkeys, or used emojis associated with racist slurs.

Despite a strong start to the game with an early goal, England was unfortunately beaten by Italy on Sunday, as the tense 1-1 game came down to penalties. The match was the England men’s first final in a major tournament since winning the 1966 World Cup.

A mural honouring Rashford in Withington was also defaced with graffiti shortly after England’s loss, but has since been covered with hundreds of messages of support and subsequently repainted by the artist. 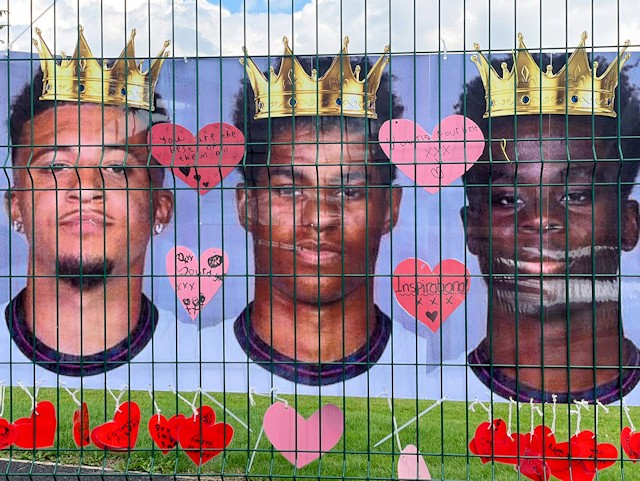 European football's governing body UEFA has condemned the "disgusting racist abuse" adding: “This has no place in football or society. We stand by the players and the English FA’s call for the strongest possible punishments.”

A clap in honour of the footballers’ hard work, camaraderie and commitment throughout the Euros will also take place on at 6pm on Sunday and the England flag bunting in Norden will remain up for a few more weeks.

Read more: Borough invited to clap back at the racists and show support for England football team after Euro 2020 finalPublished: 14 July 2021