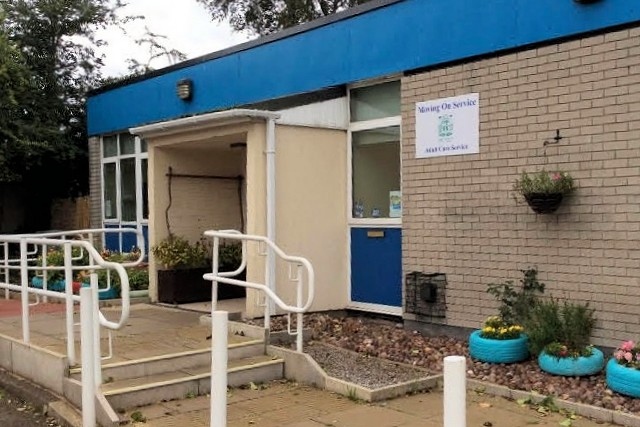 People with acquired brain injuries were left feeling ‘worthless’ by a council consultation that led to the closure of a lifeline care service.

Last year, Rochdale Council carried out a review into how it delivers some of its adult care services – claiming this was purely ‘about improvements’ not cuts.

However – as many feared – this resulted in the closure of the Moving On drop-in service, based at the Alkrington Centre in Middleton. The service provided support for people across the borough who had suffered a stroke, brain haemorrhage or had other long-term health conditions.

At the time of the consultation, it was closed due to the pandemic, but service users said they had ‘heard nothing’ for months and feared the service may never reopen.

Last September, service users told the Local Democracy Reporting Service that Moving On was a ‘lifeline’ and ‘like a great big family’ that they did not want to lose.

More than 1,300 people signed a petition calling on council bosses to spare the service but to no avail – albeit the council says a ‘new offer’ for the centre is in the pipeline.

Healthwatch Rochdale undertook an investigation after being contacted by service users who felt they had not been properly consulted and the closure of the service would have a ‘negative impact’ on them.

The independent health and social care ‘champion’ spoke to 42 service users about their experience of the consultation.

Some 86% said they had not been informed of the consultation, while a further 10% were unsure.

The watchdog has now published a report identifying a number of shortcomings in how the exercise was handled.

Many people reported not receiving letters in the early stage of the consultation – and for those who did it was not always the ‘most appropriate method of communication’.

This included someone who was blind and another person who was unable to read or write.

“This is all information that will have been accessible by the council, due to the individuals accessing Moving On,” the report states.

It adds: “There was very limited support for service users after the centre closed due to lockdown. This left some users in vulnerable positions. This included one lady being admitted to the psychiatric ward and Healthwatch Rochdale picking up two safeguarding referrals during this process.

“There was also a referral to a local carers organisation for support with a PIP application which had been declined, the lady had been worrying about this and stated that she did not know where to turn.”

Healthwatch Rochdale notes that people remained at Moving On for long periods of time but have since been told that the term ‘Moving On’ meant that it was short term and that they should have moved on.

“Questions were raised as to where individuals could have moved on to as there are no appropriate services to meet their needs,” the report continues.

“If the service was meant to be short term this should have been a managed transitional process by the council and their team.”

Other criticisms include that the option to use Zoom excluded a great number of participants from a session in November and people did not receive return calls from the council, which resulted in them not being consulted.

The report adds: “Individuals reported feeling worthless due to how the process had been carried out.”

A response from the council’s adult care team is included in the report.

It states: “Adult Care acknowledges that communication with service users regarding the online consultation could have been better.

“At the time of the consultation there were difficulties due to the Covid pandemic and the fact that service users were not attending the centre.

“In more usual circumstances we would have provided face to face communication and had information to explain that the consultation was taking place readily available at the centre.

“In future we will endeavour to utilise other means of communication to keep service users informed about consultations that may affect the services they attend, and this will include meetings or telephone contact as appropriate.

“Adult Care will in future ensure that individual needs are taken into account when consulting as it has been recognised that people with a cognitive impairment or with specific difficulties would have benefited from alternative means of communication.

“Ideally we would have wanted to meet people face to face, but this was not possible due to Covid. Whilst we did attempt an online meeting/ forum we accept that this may have been difficult for some users to access.”

It is part of the Healthwatch national network, established by the government to ensure local patients and users have a greater input to shaping and designing local services.