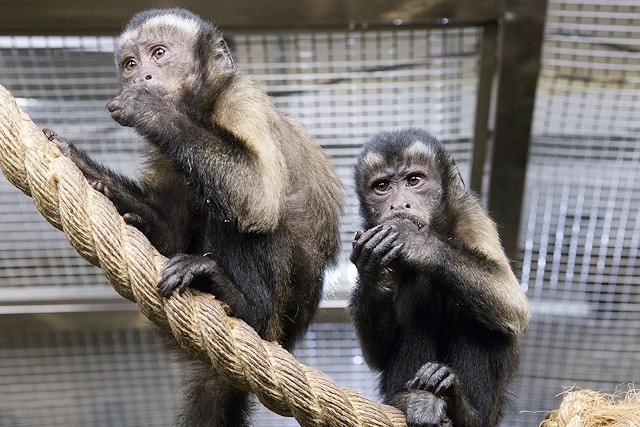 A company associated with Middleton’s Manchester Zoo ambition has been dissolved, but the owner says he is “still committed to bringing the project to life.”

Plans for the Manchester Zoo were first announced in 2019, and if approved, it would be the first zoo in Greater Manchester since Belle Vue Zoological Gardens, which closed in 1977.

Read more: Manchester Zoo could be coming to MiddletonPublished: 18 February 2020

Johnpaul Houston, a former assistant head keeper at Blackpool Zoo who is developing the project, has said the Manchester Zoo Commercial company which has been dissolved was set up to handle catering and retail aspects, which are currently not need.

The company, which named Mr Houston as its sole director, was dissolved last month after planning consultant Barton Willmore lodged a winding-up petition over unpaid fees relating to the zoo project.

Mr Houston says the firm’s dissolution will not impact the Manchester Zoo vision.

The Manchester Zoo website, which is still live, says it will create “an immersive experience, pairing incredible animal habitats with exciting new technology” and will “support important conservation projects and conduct research to benefit animals both at home and abroad.”

In a statement, Mr Houston said: “We continue to be involved in many conservation, research and reintroduction initiatives with multiple international partners.

“Due to the rigours of Brexit, Covid-19 and multiple personal and family issues, parts of the project have been drastically delayed, and the project and scale altered in many ways. However, we are still committed to bringing the project to life in Manchester, and working away behind the scenes to deliver the vision.

“As I am sure everybody, especially those trying to navigate businesses during this time, can sympathise with, there have had to be delays and consequences and this has prevented the initial time-scales being kept to, and our hearts go out to the people of Manchester, and those conservation warriors battling on through the pandemic.

“The ‘commercial’ avenue relates only to catering and retail opportunities, which are not currently required and so is not a crucial part of the project right now. When it is, we will revisit the need for this structure - but for the next period, our aims are more community and charity-based.

“We hope that the good work for species conservation is not marred by press articles, and our support remains as strong as it has been throughout this phase. We look forward to sharing news as and when it is deemed appropriate to do so – without being damaging to the future of the project.”

The Manchester Zoo project has previously been supported by Rochdale Borough Council, according to documents from a discussion at a cabinet meeting in February 2020.

Then-council leader Allen Brett confirmed the local authority was in talks with Manchester Zoo about opening a zoo on council land around Hopwood Hall College in Middleton.

At the time, he said: “These talks are in their early stages and no decisions have been made as yet regarding the transfer of land.”

A planning application was expected the same year, but has yet to be submitted.