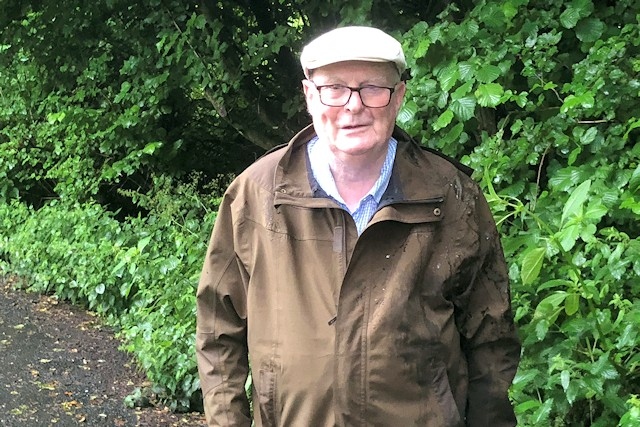 The great-grandfather has been walking several miles each morning since March 2020, and has been using his early morning exercise as an opportunity to raise money for charities, which have missed out on so much during the year of the pandemic.

Mr Forbes, 81, the president of the British Legion in Rochdale, completed 631.7 miles by 31 August after aiming to complete 500 miles between 20 May and 31 August.

David, who lives in Haslingden, is a long-standing supporter of Broughton House and is heavily involved with a number of service organisations across the north west. He will present the money to the veterans house this month.

Mr Forbes, who has an MBE for his voluntary work with young people and service charities, is also a retired Deputy Lieutenant of Greater Manchester.

His involvement with the services traces back to 1954 when he joined the Air Training Corps, now known as the RAF Air Cadets.

Air Cadets usually collect money for Broughton House at the East Lancashire Railway’s 1940s weekend, but were unable to do so this year because of Covid-19.

He said: “It’s important to help local veterans and Broughton House is a fantastic place which provides great care and needs our support.”

The first stage of the redevelopment was completed last September, when veterans moved into a new three-storey building which has 32 residential and nursing care beds over two floors.

The next stage of the scheme has begun and will feature 32 residential care and residential dementia care beds and six independent living apartments alongside an Armed Forces Support Hub. Broughton House is seeking to raise a further £1.4m to complete this stage of the project.

Laura Carr, community and events fundraiser at Broughton House, said: “We are incredibly fortunate and grateful to have the continued support of David, who has been a long-time advocate for Broughton House. We cannot thank him enough for completing all these miles to raise money for our veteran residents.”