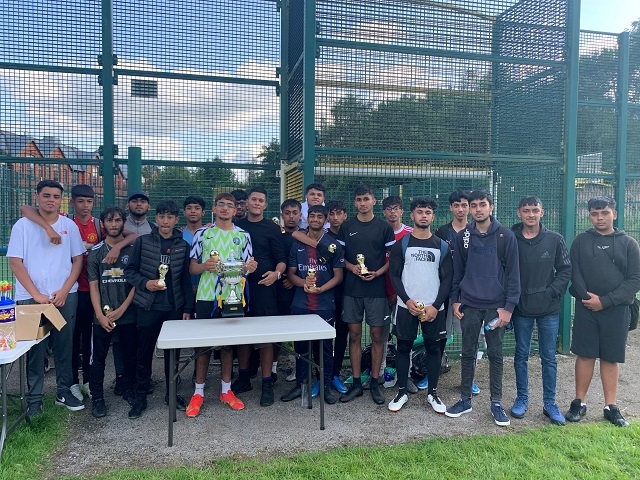 Youngsters from Jalalia Jaame Mosque in Rochdale were crowned the winners of the seventh annual Youth Connections football tournament on Saturday 28 August.

Mosques and Islamic institutions from across Rochdale, Oldham, Bolton and Halifax came together to participate in the tournament, which gives under 16s the opportunity to come together to play in an enjoyable, yet competitive, football tournament held at Heybrook field in Rochdale.

They narrowly beat Nusratul Islam Masjid Oldham in an enthralling final: mirroring the Euros 2020, this final was also decided on penalties.

Central Mosque Rochdale were awarded the fair play award. Judges agreed that this was a tough decision as all teams displayed exemplary professionalism, respect, and positivity to make the tournament a fun and inclusive event.

One volunteer at Youth Connections said: “We as Muslims have to be the walking, talking Islam. Our character should demonstrate the beauty of our religion.”

Another added: "The tournament, along with bringing unity in the community, was also a great way of promoting fitness, friendship, and most of all, fun."