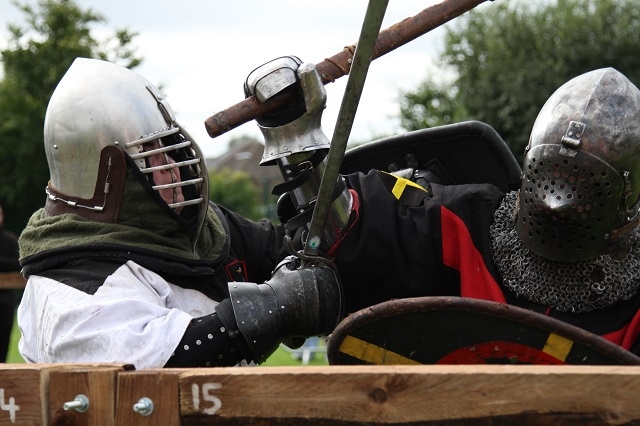 Specifically the armour and weapons must be of the style from the dates 1200 to 1699, with location irrelevant.

Also known as Historical Medieval Battles or Buhurt, fighters are dressed in full armour, which, like the weapons, is made according to historical standards. One person's full set of armour must originate from the same place and within a fifty-year time span. Blows may be aimed at any parts of the body (with the limitations set in the regulations); both wrestling and percussive techniques are permitted. 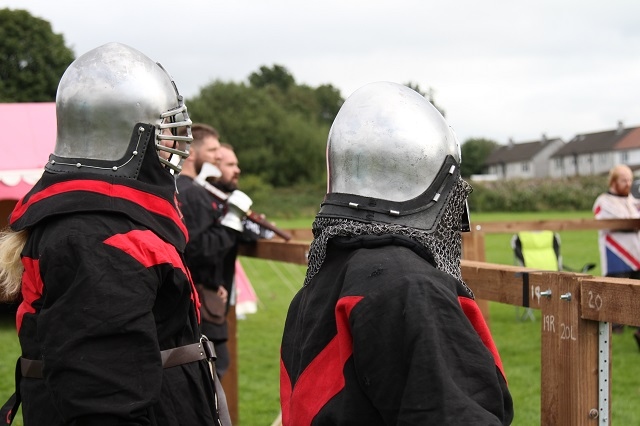 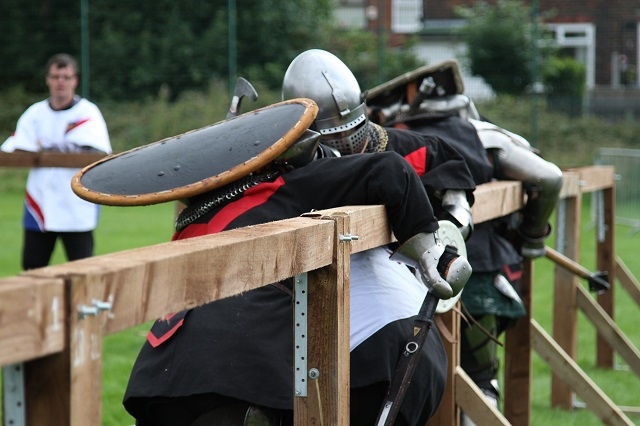 And because it’s a fairly niche sport in England, the playing fields at Castleton Primary School played host to teams from as far away as Aberdeen and London, with many fighters camping overnight.

Like many traditional contact sports, bouts take place over three 3-minute rounds with officiating marshals. A round can last a maximum of five minutes with each fight lasting no more than 10 minutes. The arena is a large wooden pen known as a ‘list’ and fights can be divided into several categories. 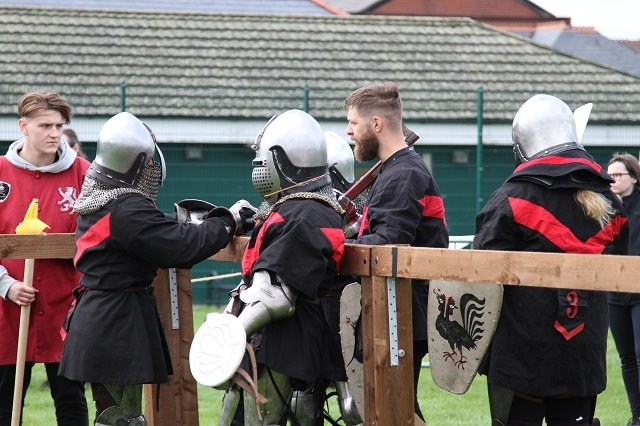 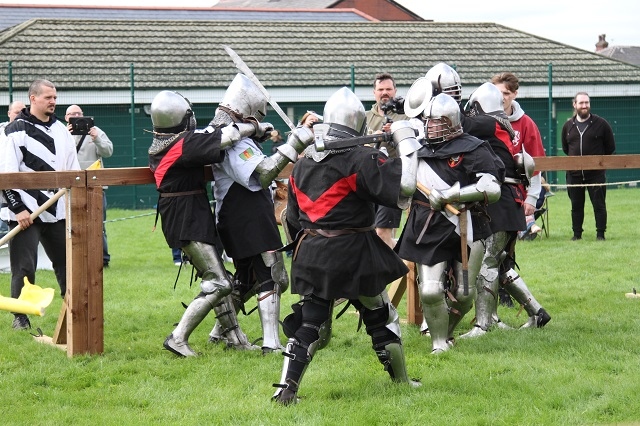 “A lot of people think it’s going to be like re-enactment or Role Models,” Daniel George, who runs the Honour & Arms Club in Whitworth – host of the tournament – told us, referencing the 2008 Paul Rudd and Sean William Scott film which features an epic medieval role-playing battle, known as LARPing (live action role playing).

“It’s not. It can be violent; we try to make it as realistic as possible without trying to kill each other. There are safety requirements.”

Daniel, 32, first discovered the sport several years ago, browsing the television for something to watch before settling on BBC Three’s ‘Knight Club’ documentary about armoured combat. 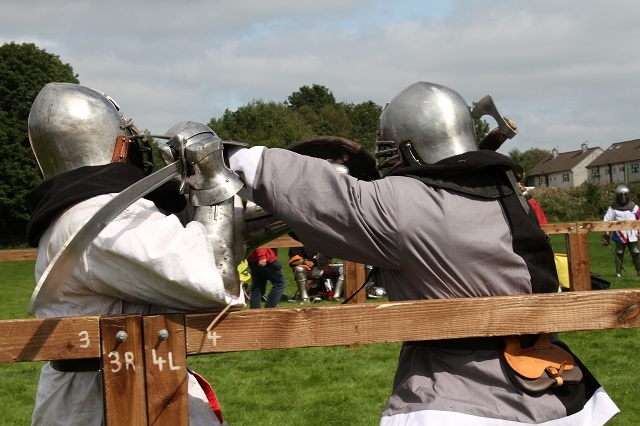 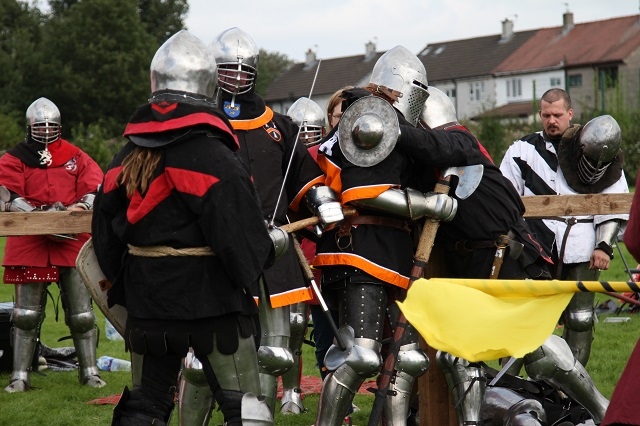 Everything you need to train is available at Honour & Arms: the gym is fully matted with a fitness and conditioning area, a wooden list training arena, ‘soft kit’ armour plus the real deal. Armour can typically weigh around 35kg and the weapons used are heavier than those used in modern fencing. 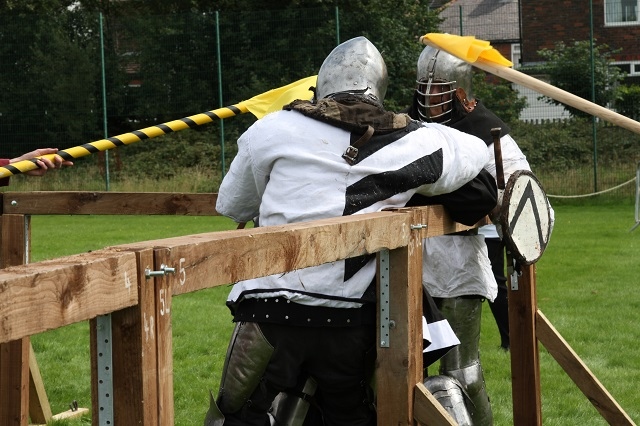 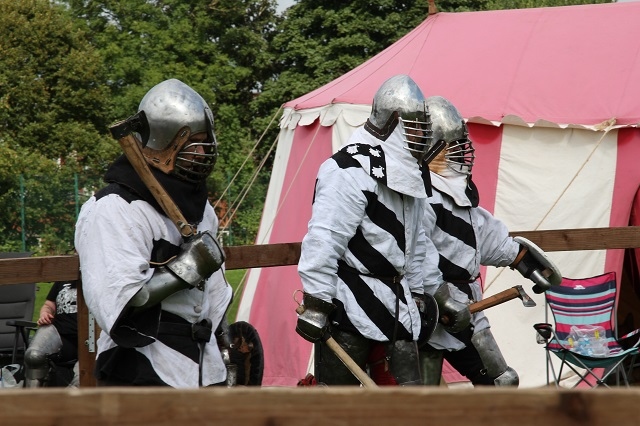 Around 20 members of the gym are part of a wider club – the Northern Wolves – which covers the area between Scotland and Birmingham under the European Buhurt League.

Sunday’s League Challenger – the second such tournament of its kind in the UK – saw two female teams plus five of the UK’s best male teams battle it out to become the winner whilst raising money for Castleton Primary School. 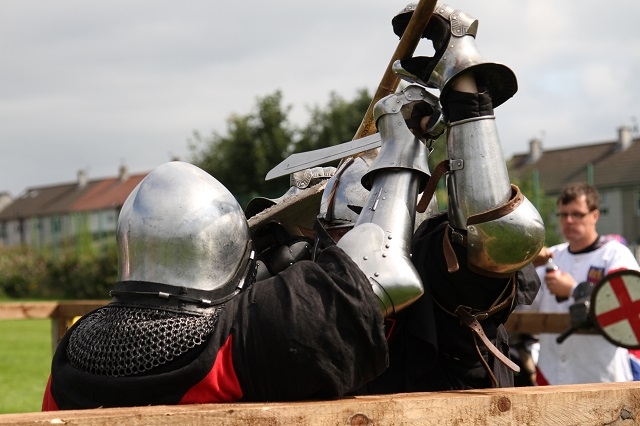 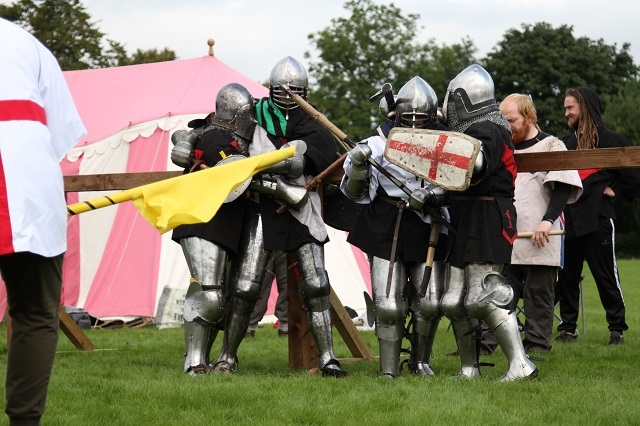 The women’s fight was a tense battle of three fights, each consisting of three rounds. And as both the Swords of Cygnus and The Hellians each won a round and a fight, the winner came down to the very last round. Ultimately, Gloucester’s Hellians took the gold with their opponents taking a well-deserved silver.

The men’s contest took a round robin format, with each team facing off against one another. Points were given based on how many fighters were left standing with Northampton’s White Company winning all of their fights.

Most valuable fighter on the day was Nikki Barnes, of Primus.

Training takes place at Honour & Arms every Tuesday and Thursday evening from 7pm to 9pm.

All of Honour & Arms’ classes are open to beginners and experienced practitioners, but you must be over 18: www.facebook.com/honourandarms 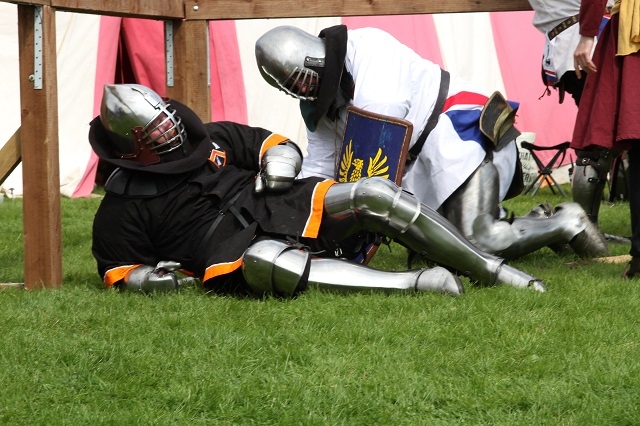 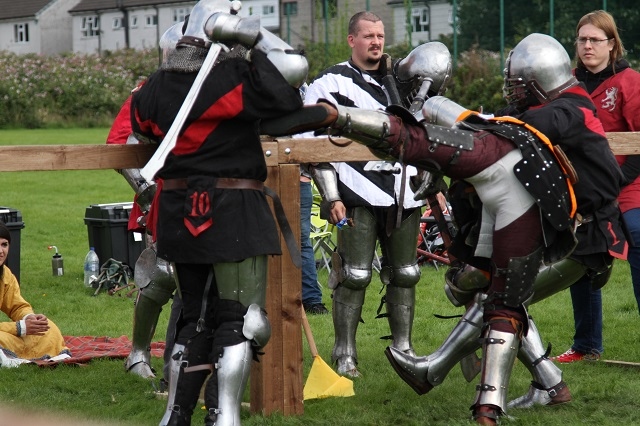 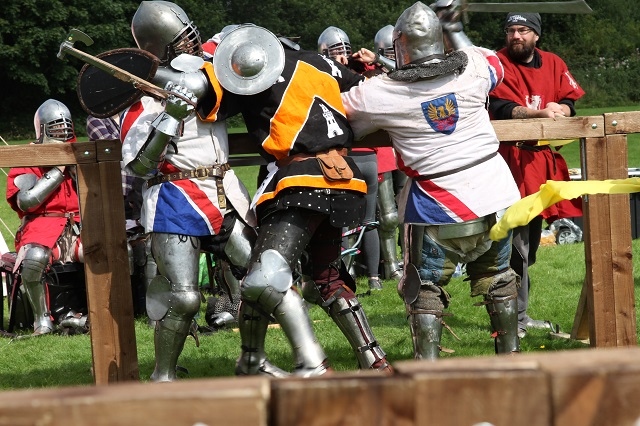 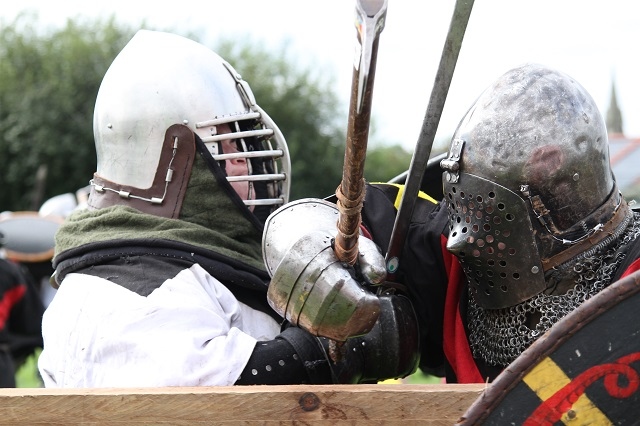 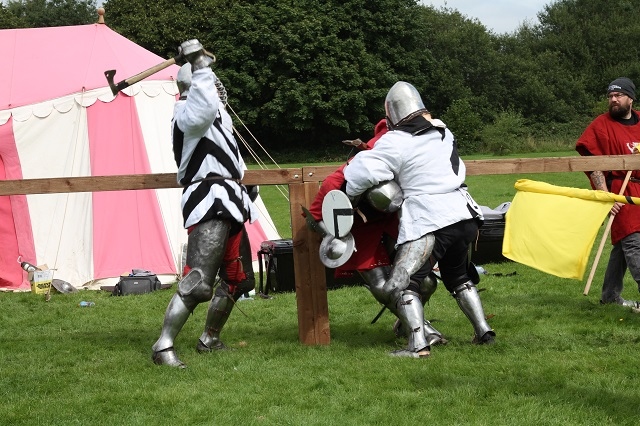 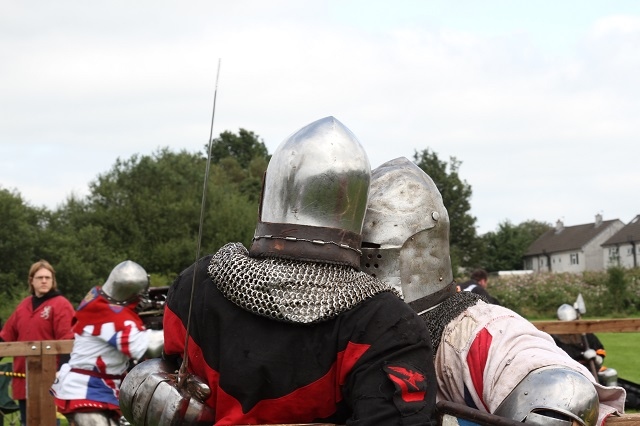 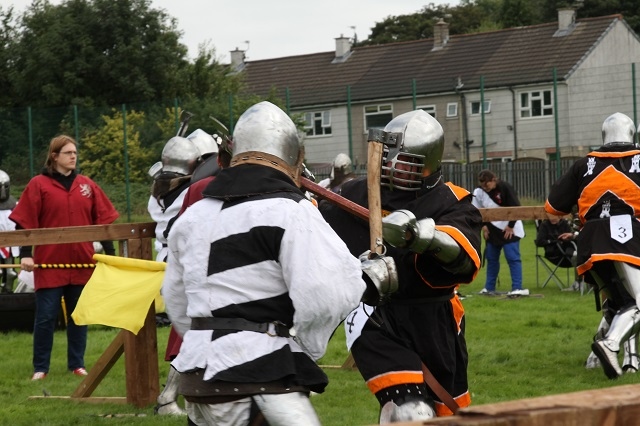 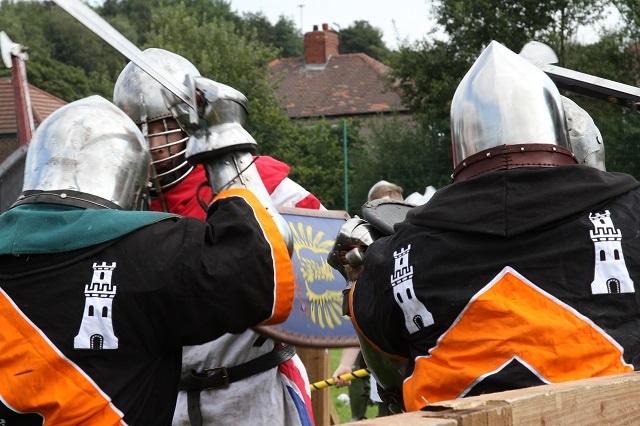 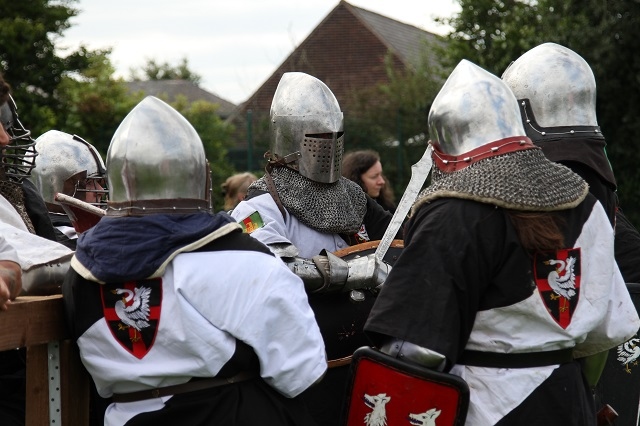 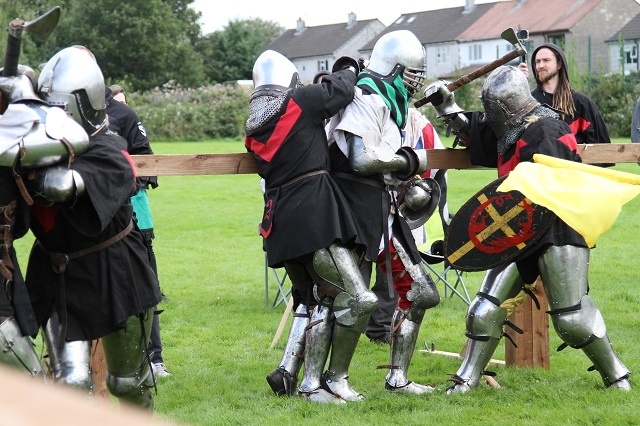 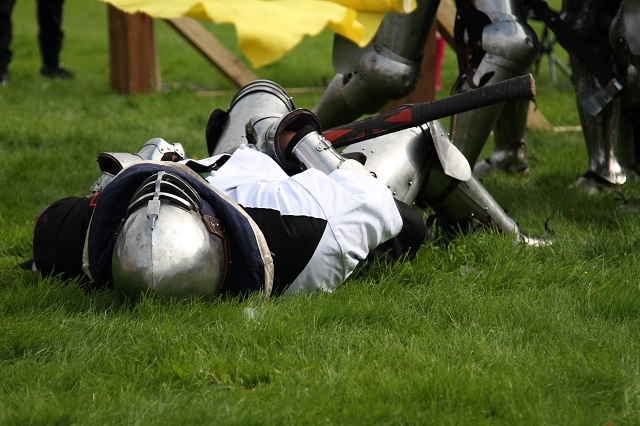 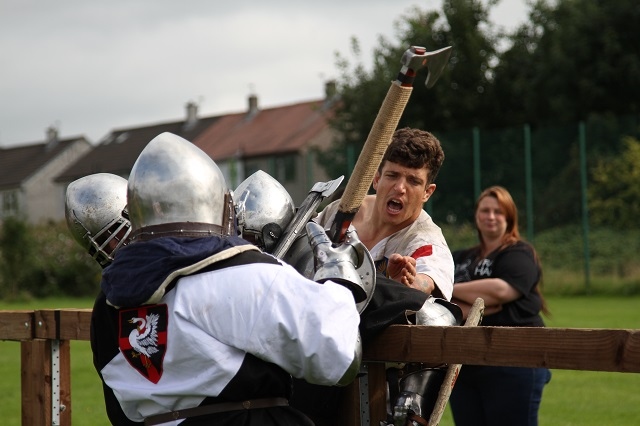 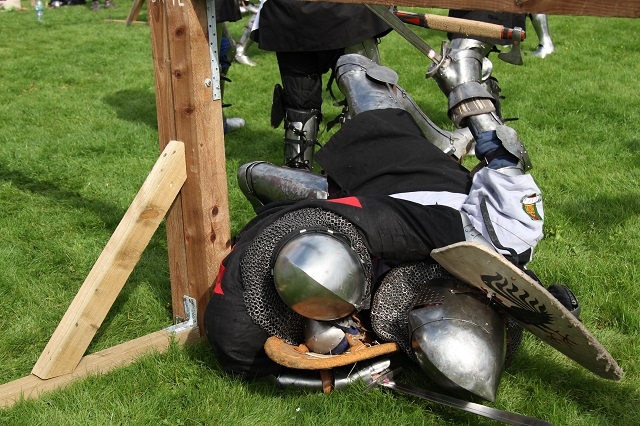 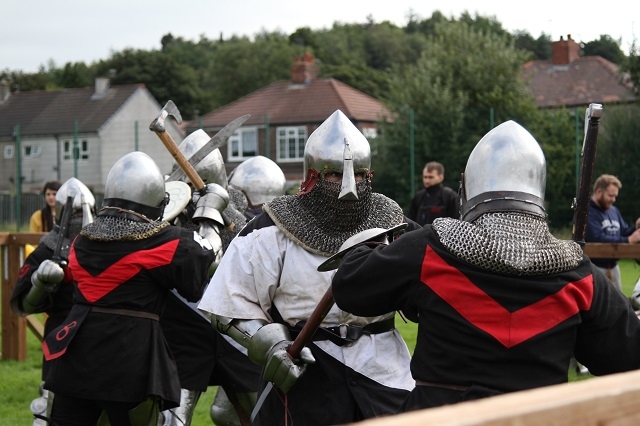 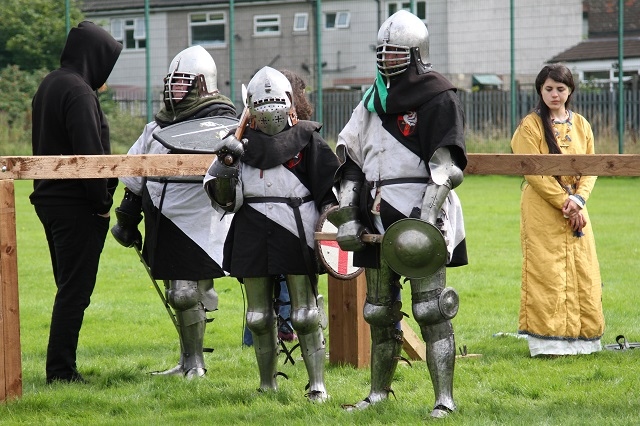 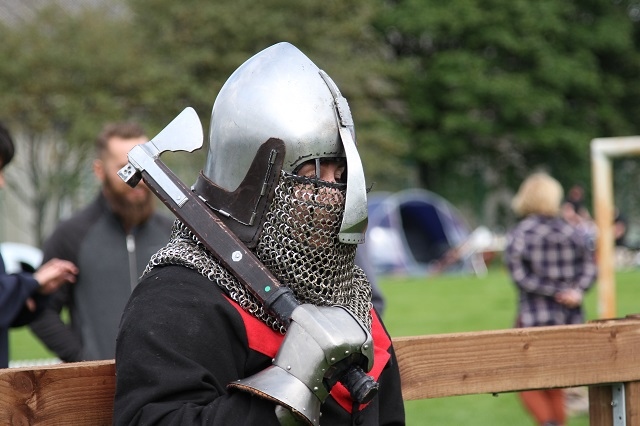 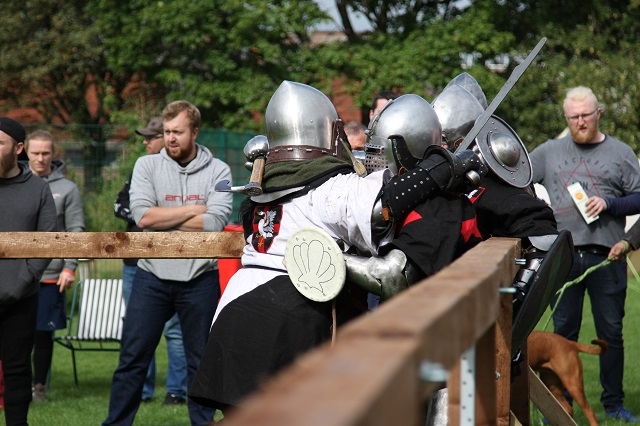